In the very beginning of December, we got to the point where Sebastian was not only sleeping through the night,but he was also more predictable with bedtimes and nap times. We knew our eventual goal was to have our kids share a room while they are young. We don’t have a huge house, and having a guest room/sewing room is worth it to us right now. Eventually when the two are older, we will give them their own rooms. We just felt like sharing a room for a portion of their lives really gives them life skills that we want them to have. I asked for help from other parents of children who have them share a room about when they put them together, and what their strategies were. A lot of people gave different opinions, but one that stuck out to us was a friend who said they put theirs together as soon as the youngest was out of the parent’s room. We try to do  things as early as possible that we hope will pay off in the end even if it is harder and more work in the beginning. For instance, our version of sleep training is a lot of work and consistency, but in the end, it is amazing to have a child who sleeps well and is predictable to a certain extent with sleep.

Not gonna lie, I felt like super Mama the first night they were asleep together at the same time!

We were really worried about Sebastian keeping Reese up,but it was almost the opposite. I think she was so excited he was in her room she would literally stand in her crib and say, “Baschty, Baschty” at the top of her lungs to get his attention. He would just go to sleep when tired or she would get bored.

Now they both tend to sleep through each other’s cries or noises. 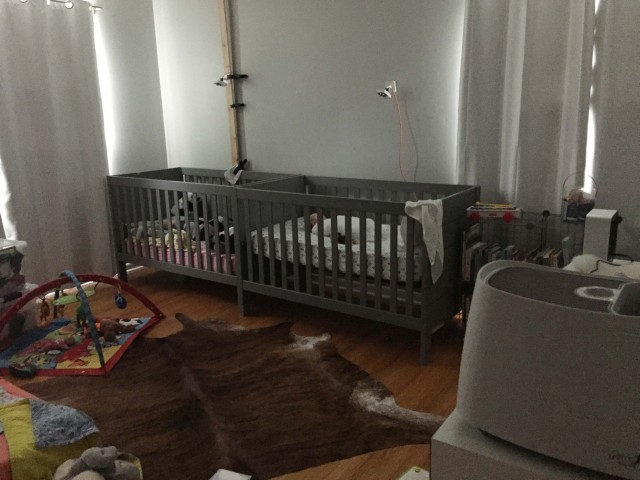 This was one of the times where I had them both napping at the same time.

Since Sebastian is now older, I have them nap in different rooms for their one main nap because he still takes 2-3 a day where she only takes one. 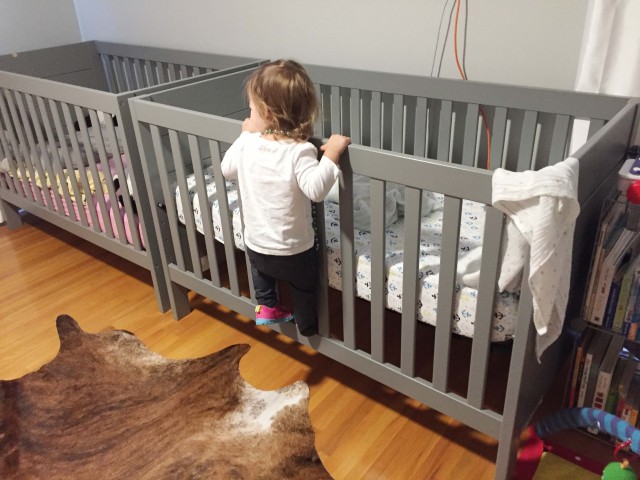 This is how Reese wakes Sebastian up when he is done with a nap at a time when she doesn’t need to nap. 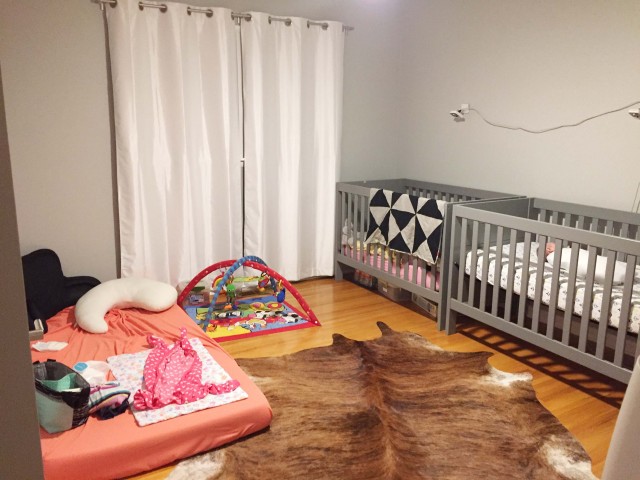 This is how we set up their room to start with, but we have already changed it a little from this. 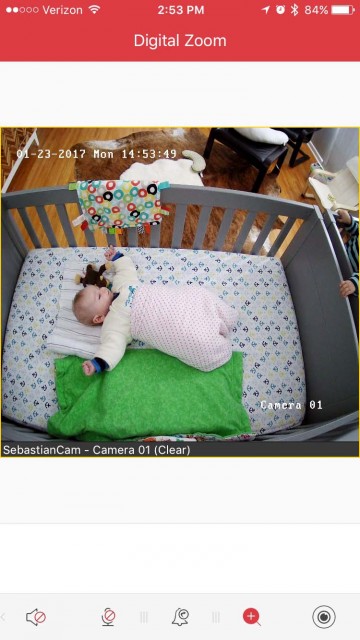 Here you can see Reese’s hands in her crib, she managed to wake him up during his nap. 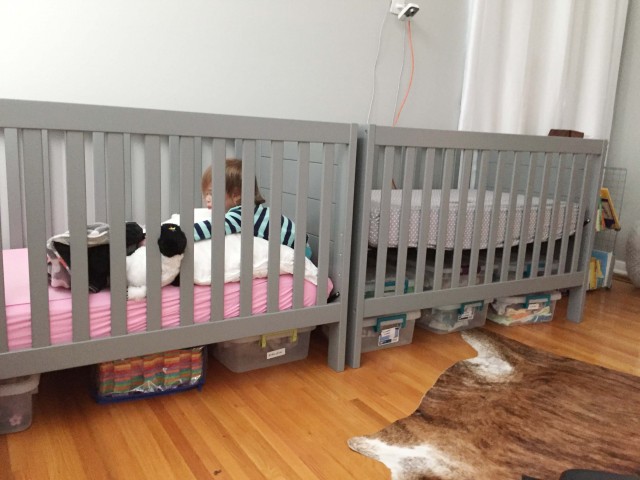 Here is Reese playing instead of sleeping during one of her naps. 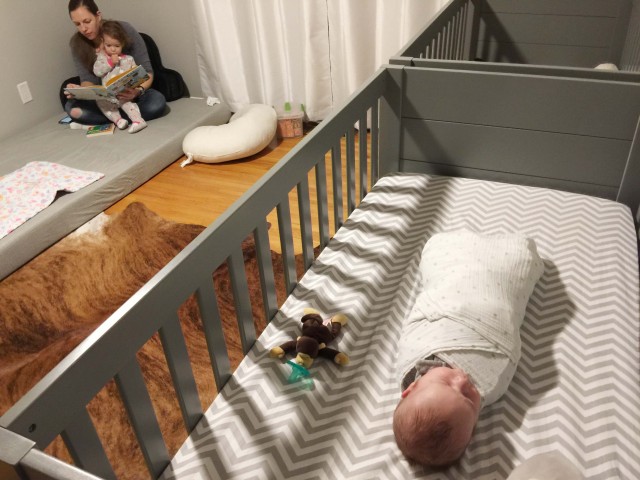 When they first starting sharing, Sebastian was a sleep way earlier than Reese. As you can see us doing her stories before going to bed while he is out cold. Now that he is almost 6 months old. I nurse him after his whole routine while Grant starts Reese’s bedtime routine. Then I put Sebastian down, and typically 30 minutes later Reese is in bed. Sometimes depending on timing they both are put down at the same time especially if Reese got no nap or a very short one and is very cranky.

So both of our kids sleep amazingly well together in the same room, and we are thrilled! Right now for naps Sebastian sleeps in the pack n play in our room just during the time when Reese is doing her one nap of the day. His other 2-3 naps he does in his crib while Reese is playing elsewhere or at School. Once he is down to one nap a day, I plan to have them both sleep in their room for it. Right now Reese is still in her crib. She is tall enough to climb out if she really wanted to, but so far has only tried once. Grant was there to catch her, but it scared her a lot, and she cried. So we think it will be a long time before she attempts it again since she isn’t a risk taker. At that point, we need to figure out if we want to transition her to a toddler bed or lower the mattress to the floor so she can’t climb out.

I’m also curious if any of you have any input on how to transition to a real bed. What were your rules about staying in bed?  At what ages did you transition your children? I’m especially interested before technology came into play. We can obviously see with our camera if Reese were out of her bed, but should we go in every time and place her back in her bed in the beginning? Or should we say as long as she plays quietly in the dark and doesn’t wake Sebastian that is okay? Do you use one of those toddler clocks? Just curious on different parenting perspectives. We aren’t to this point yet,but would love to have a plan in place for when we need it.

So any advice on what worked for you would be amazing!

Camping with our Toddler and Baby