When we had to make a baby registry, one of the things I did is ask my sisters about carriers, wraps,etc. My sister ,Kira, has a Ktan wrap, and I was able to wear my niece in it last year when she was just a few months old. I really like the simplicity of the wrap, and I hope that our little one likes it as well.  I also was given a moby wrap and an ergo 360 carrier that I plan to use as well. My biggest issue with the ktan wrap was the cost when we needed so many other things for her that we considered a higher priority. So I decided to try and sew one for myself especially since I knew which size fit me. 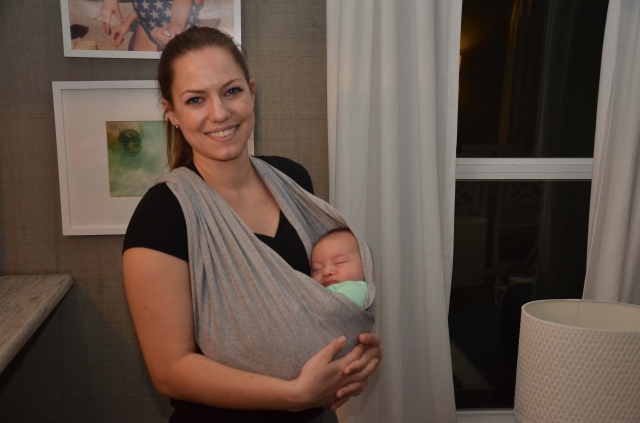 Me holding Alana in my sister’s wrap. They also have a sash that you can use when the babies get bigger or you want extra support while holding them.

So I found this tutorial HERE on how to sew your own. I also wanted to make sure that my sizing was exactly like the original and fabric close to what the K’tan wraps were, so I borrowed my sisters just to double check measurements. 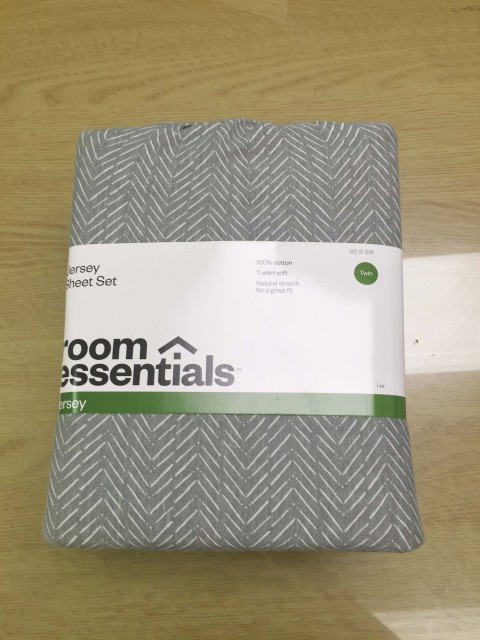 I went out and bought a Jersey Twin sheet set from Target for $15.00. I only needed the flat sheet since we use duvet covers, and we were planning on buying a twin mattress to put into the baby room anyway, so then I would have a sheet set for it. 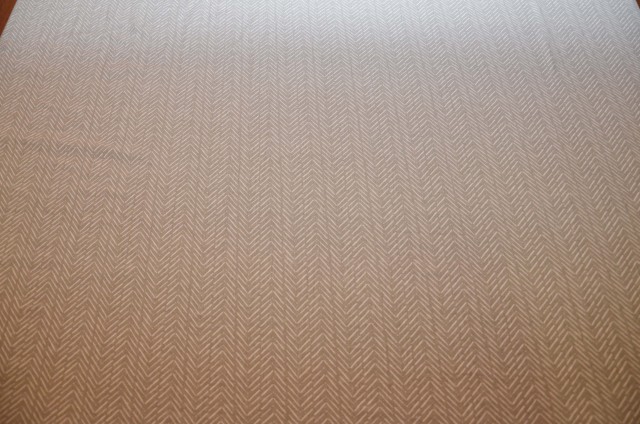 Here is a close of up of the fabric I chose. I wanted a knit fabric,but it needed to be sturdier than a lot of the soft, stretchy knit fabrics used for skirts or tshirts. To me this felt like it would be just what I needed. 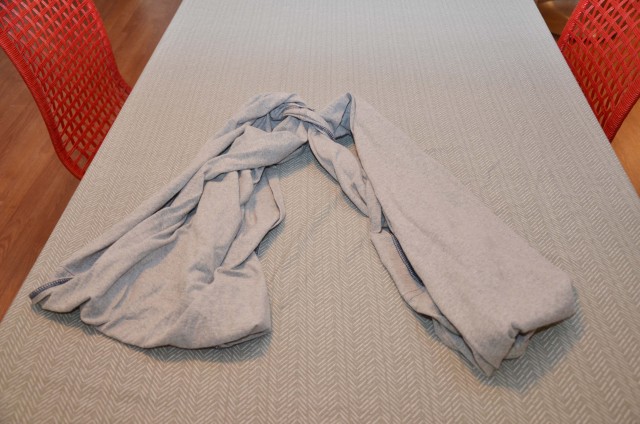 Here is my sister’s wrap on top of the fabric I decided to use. Her fabric has the same color on both sides where mine will have one side that is a more drastic different color. This doesn’t bother me,but if that is an issue buy fabric from a fabric store and you won’t run into this issue. 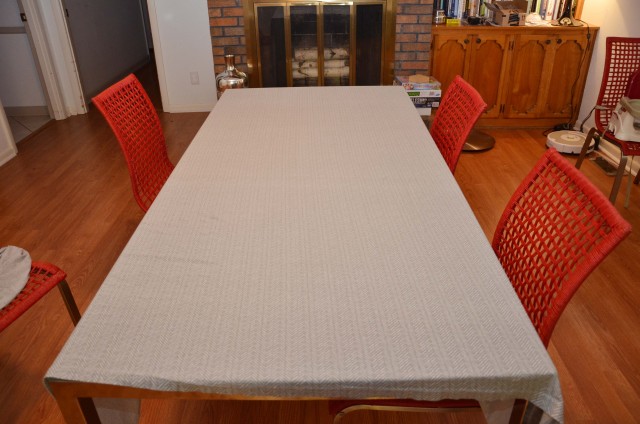 Make sure to wash, dry, and iron(if needed) your fabric before starting. 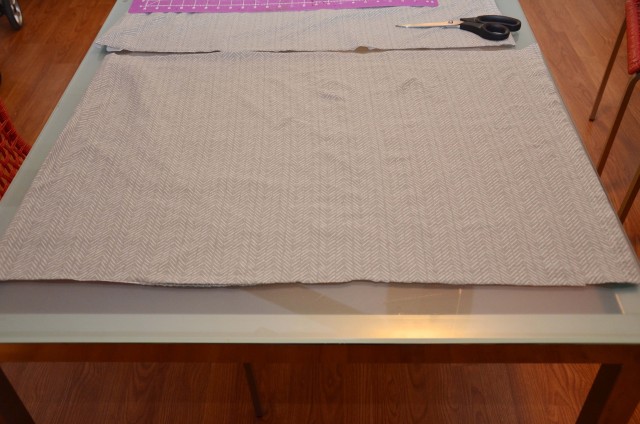 I cut the four pieces that I needed. 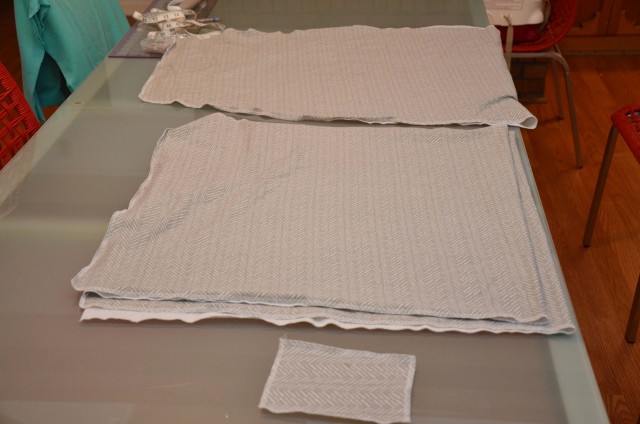 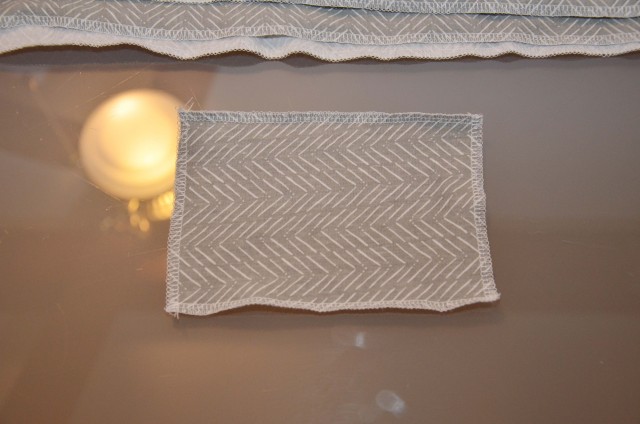 I used my serger to serge off the ends,but this is just personal preference,and not needed as Jersey doesn’t tend to fray. 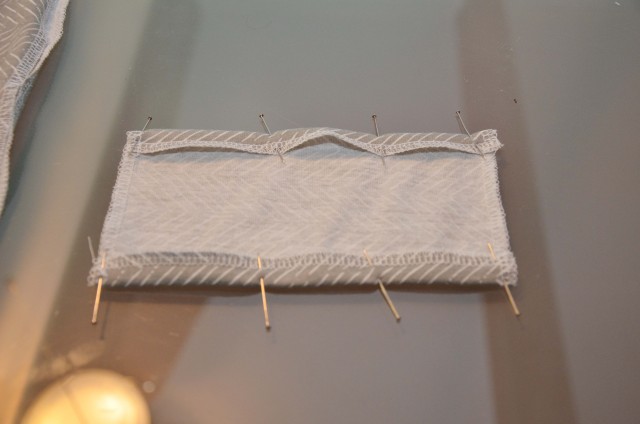 Then I did a 1/2″ seam allowance and folded over and hemmed all of my straight portions that weren’t going to be heavy seams. 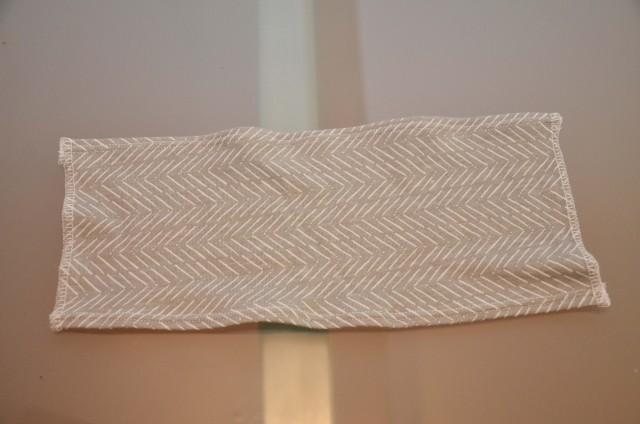 I used a double needle for the hems. 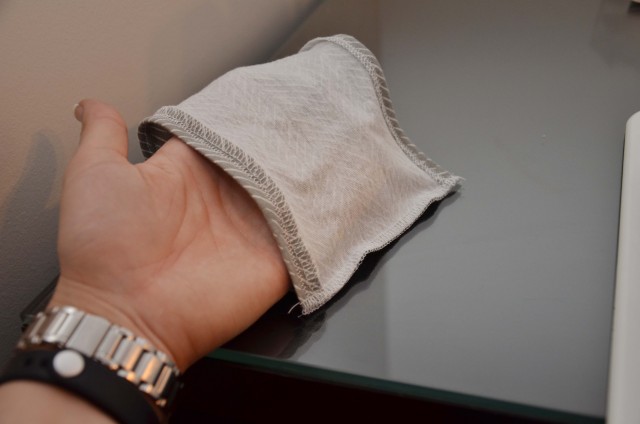 I then sewed the connector piece into a loop, and then I pulled the two sashes through it, made a french seam for extra support, and the “X” portion was finished. 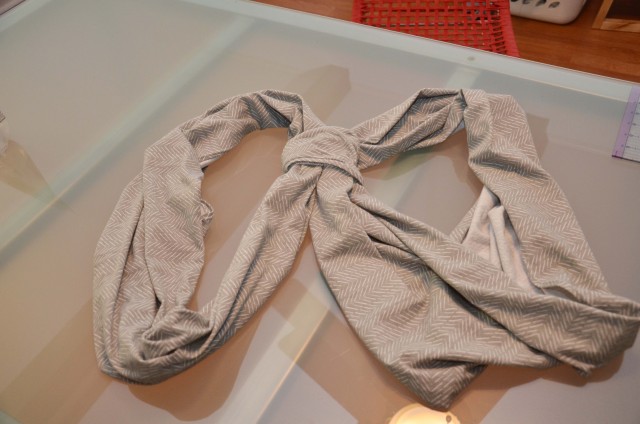 Here you can see the final wrap, and how the inside is a lightly lighter more solid color. 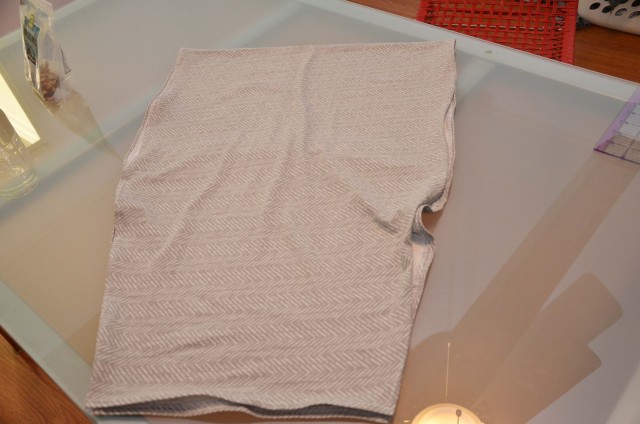 Here is the sash hemmed and ready. 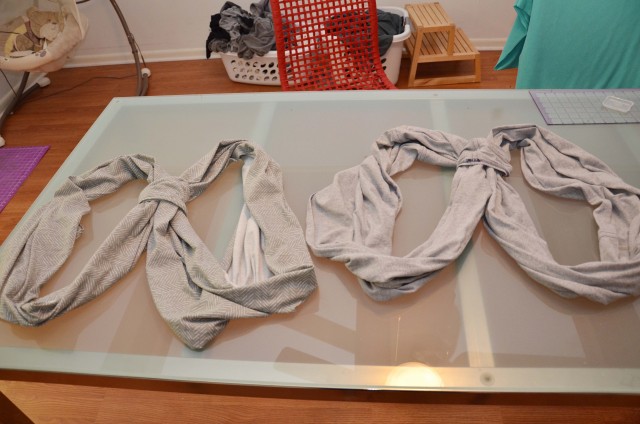 Here is the comparison of my wrap on the left to my sister’s on the right. Both wraps are the size “small” for the Ktan since you want them to be more snug than lose for safety reasons. 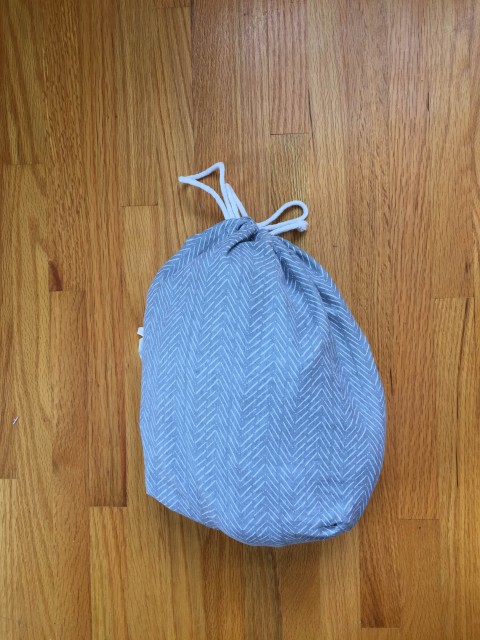 Last but not least, the ktan wrap comes with a carrying case. I was not about to put the time and effort into sewing one,but realized that the sheet set came with one already done. So I just washed it and put my wrap inside. WOOHOO for saving a lot of money, and getting a cute wrap from it in the end.

Let me know if you have any questions on this!

thats awesome! I have one too, I loved it until O came across the “Agulity wrap” that a friend gifted to me. It is worn like a shirt and is amazing. I absolutely love it. I don’t use my K’Tan anymore. Glad you love it though 🙂

Great tutorial! I want to make a size small but can’t find the dimensions anywhere. Could you tell me the dimensions you cut each fabric piece to for the small size?

Kels,
I made the smallest piece 6.5″x10″ which includes a 1/2″ seam allowance, and then three pieces that are 21″ wide by 51″ long with a 1″ seam allowance since I did a french seam on those two pieces that X. The sash piece was the third piece that I just tapered off on the end. Let me know if you have any other questions.

[…] sewed myself a KTan Wrap, Tutorial HERE, and we used that when Reese was small,but we all preferred our Ergo 360 carrier. We didn’t […]

Hi! Amazing!!
I’d love to make a size M and ask my mother in law to make this us a gift (we were looking for a project). Any ideas on dimensions?

Nini,
I am so sorry that I don’t know the dimensions of a Medium. I would think your best bet would be to find someone who has a Medium size to measure, or to just increase all of the lengths by a couple of inches in a cheaper material to check fit, and then make one in a fun knit that you like a lot.

What were the dimensions for each loop? I’m a size small too. I love making things myself and also love the low cost of this project and a chance to pick your own fabric and design. Thank you in advance!

Alli,
I am so sorry I didn’t write down the exact measurements. The blog that I followed their directions on has taken down their post. However, this blogger has measurements included in her tutorial. http://onehopeleft.blogspot.com/2012/09/homemade-baby-ktan-carrier-instructions.html Hope this helps.