This is a kinda nerdy post coming from me, but Grant is great at selling things to me as in good ideas. He put the idea in my head a while ago to add a Solid State Harddrive into my iMac. You can buy Apple computers with SSDs already in them,but the price is a TON higher and since I got my iMac used I got it as is. So, with the money my parents gave me and the money that I got from Grant, Â I bought Â myself a SSD and a kit with the correctÂ screwdrivers,etc.

I kept thinking about adding a SSD into my system because I could run all of my applications on it, and still have my 1 TB harddrive to store anything else that I need, and it would make running everything especially design softwares super fast. So, I mentioned to Grant to keep an eye out for a good price on SSD harddrives. At the time, I would pay around $1 a gig. So for a 180G I would need to pay at least $170-180, and I was really wanting a 260G SSD. So, on my birthday there was a great deal where I got a 260G SSD with free shipping and no tax for $149. So, I had him buy it and was SOO excited about geting this and the OWC Internal SSD Mounting Kit with cables and Upgrade Tools For All Apple 27″ iMac 2011 Models. OWCDIYIM27SSD11

Â to install it.

We followed the following video since they showed you step by step how to add the SSD into the iMac. Grant also did this with minimal help from me when an extra hand or two were needed. 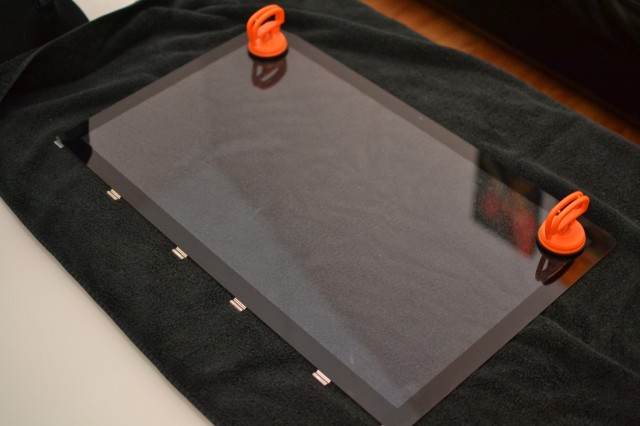 I didn’t take many picturesÂ causeÂ I was so excited that Grant was doing this for me and didn’t want himÂ cranky. Here you can see the Screen of the iMac taken off, it is held on with magnets so those are suctions wich help easily get it off. 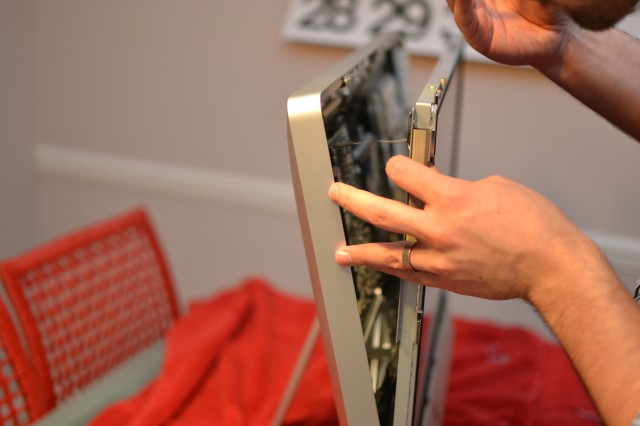 Then Grant had to take off the LCD screen part but first disconnecting all of the correct wires. 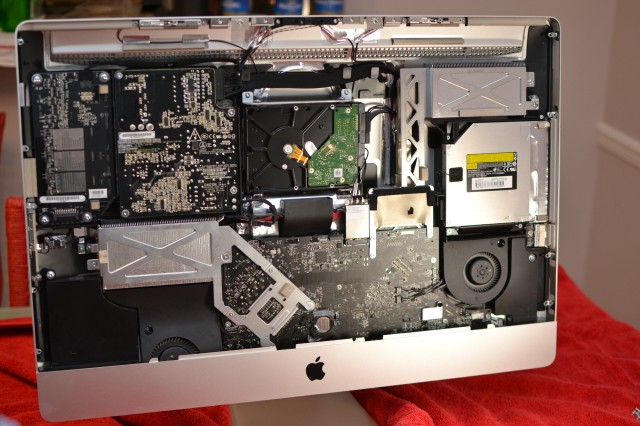 Here is the inside, and he then had to take out Â 12+ screws and take out random other things toÂ eventuallyÂ take out the black circular fan thing on the bottom right and the silver drive above it on the right. Behind that is where the new drive was placed, and then everything was put back over it into the same places and closed up. 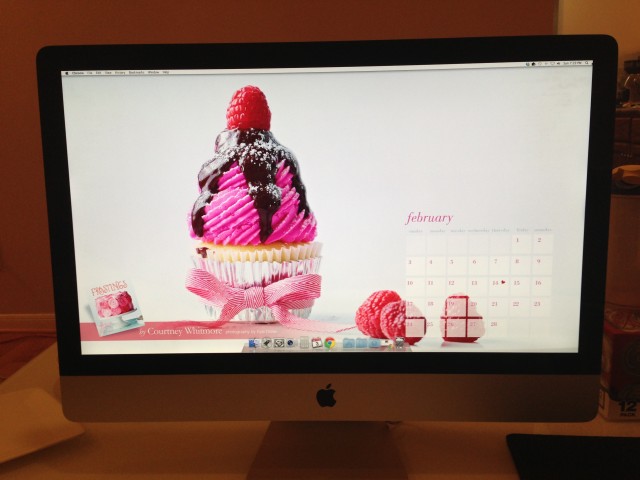 Once it was closed up, we did a fresh install on the new drive(always fun, I sound super nerdy,but there is nothing like a fresh install and getting to reorganize everything!) and reinstall all the basic applications. We also played around opening a bunch of programs to see if you could tell it was faster… for the $150+ dollars I paid it had better be faster, and it was!! Â I am soo glad that Grant suggested this, did it all for me, and that I now can reap all the amazing benefits of Grant’s hard work. Apple iMac MC813LL/A 27-Inch Desktop (OLD VERSION)

sounds awesome. they sell quiet a few ultrabooks now with a small SSD drive to run programs, and a big old school drive for storage. with the still high $$$ for SSD, that makes a lot of sense. ENJOY!