I didn’t mean there to be such a long silence here on the blog, but I just kept putting off posting. Hopefully, I will be motivated Â more in the future to post. Life has been wonderful lately; Grant and I both love our jobs, we are so glad to get back into a routine since the crazy holidays, and our diet is going pretty well. 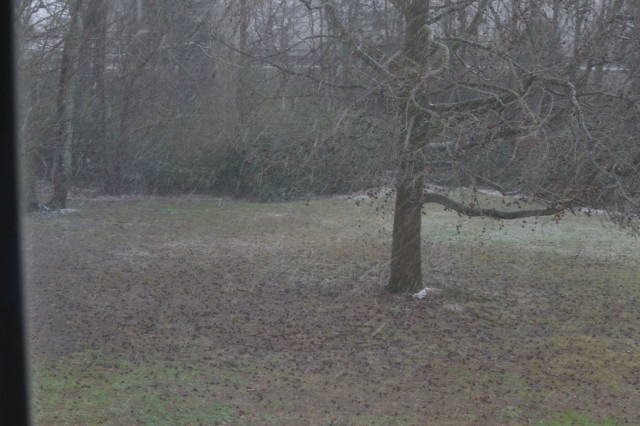 It recently snowed in Huntsville which meant that everything shut down… this is the only down side to working from home… I had no excuse not to work. 🙂 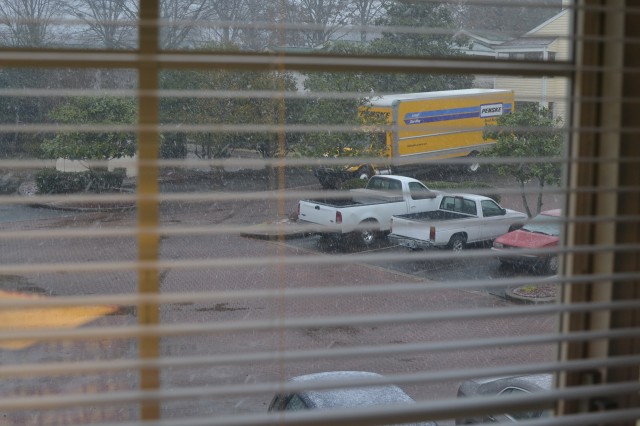 Â Here is when the snow was just starting. 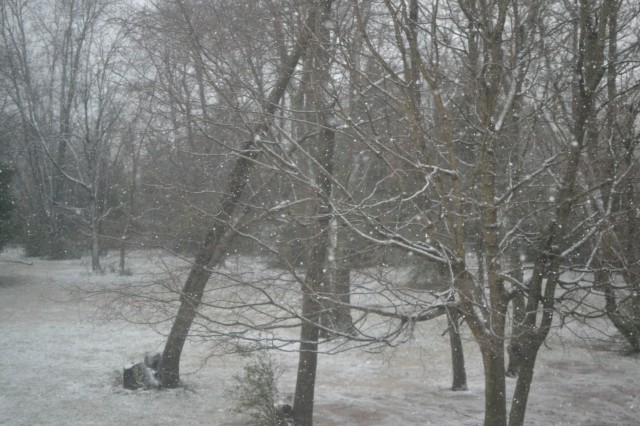 Grant came home early and a few hours after he did the whole base was shut down and schools were closed. 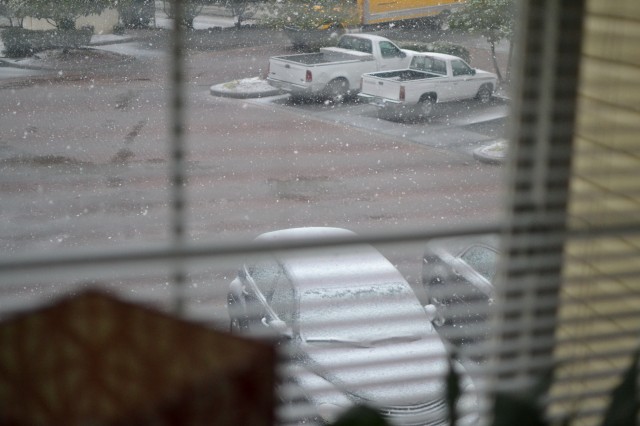 I know this really isn’t much snow at all having grown up in Ohio,but it was fun to see it again especially when I got to stay inside and warm. What was funny is when I was uploading the pictures for this post, it randomly started snowingÂ again Â here inÂ Huntsville, but it never stuck to the ground.

I guess another thing that has been happening is that I turned 25 which is crazy! I can now rent a car without extra fees. 🙂 I still feel like I am 20,but that is ok. I keep finding more and more gray hairs so who knows maybe I will ge gray by 30. Birthdays growing up were never a huge deal. My opa and oma would call and sing us Happy Birthday from Germany. We would get to pick which meal was made for dinner that night, and normally got a cake or pie depending on what you requested. Then if we were younger, we would have a party which was cool too,but gift wise it was one gift from the parents and then whatever friends orÂ siblingsÂ made/gave you.

So, I was surprised and excited when Kira and Andrew invited us to Nashville for the Weekend of my birthday. They said they wanted to take us out for my birthday, and of course we love food and so were excited. I chose Maggiano’s surprise surprise for dinner on Friday. Grant and I worked a half day and drove to the restaurant and waited in our car for a little bit before going into theÂ restaurantÂ  Let me tell you… Parking Garages are interesting. We saw one guy urinate behind a van because it seemed he was too lazy to go back into the restaurant before leaving and another slam his door into our car while we were in it. He didn’t even apologized but acted like we were being rude when we asked him to be careful and not do that to our car please.

We had to wait a little bit,but time with Kira and Andrew is always super fun. Our meal was delicious, and they even brought me cupcakes. We were all sooo full we brought the yummy cupcakes to their house. We watched a movie, then ate some of the cupcakes and crashed since it was way past our normal bed time of 10. Saturday, Kira had another surprise in store and said she wanted to get a pedicure with me… I have never had one before so was excited to try. We walked a mile or so to the place only to see there was over an hour waiting list so we put our names on the list and had Andrew pick us up to run some errands and get food at the house. Later, we went back and got the pedicures at a non peak time which was a lot of fun, and I picked a nice blue color that I would never normally buy in a polish color. 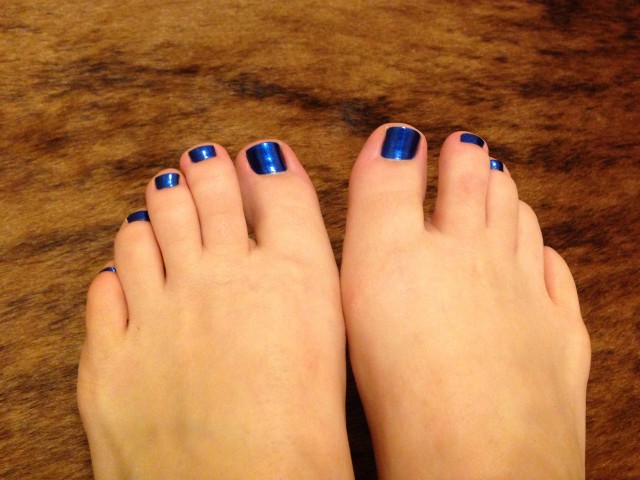 After feeling really pampered we came home and ordered pizza and watched another movie. I guess Andrew’s work schedule is picking up and so we were all fine with just chilling and finishing off more cupcakes.

Sunday, we went to church with them and then had lunch where Kira introduced us to her Buffalo Chicken Dip which was superb along with all of Kira’s cooking. After fun conversations about building bunkers,etc. It was time to get back to Huntsville.

I had such a great time and felt SUPER Special, Thanks Kira and Andrew!!!

I also was surprised with a cookbook by the Pioneer Woman from Simon and Sarah which was on my Amazon wish list; So, I will need to start making some of those dishes so that I can make some for the next time we get together. Oh, and obviously, I got a gift from my parents and Grant,but more on that later.

Other than that, Grant and I have been really enjoying life lately and just realizing on a daily basis how blessed we are!