Now that Grant and I had the new table to actually allow 6+ people to eat here, we( as in I) jumped on the chance to host. Simon was in town after spending some time working in Dimebox before his semester started;so we invited Tanya, Wilson, and the girls to come over too. I made five cheese alforno, garlic bread, while Tanya brought the salad, and we used Kira’s awesome poppy seed dressing. Oh, yeah,Â  I made Roki’s chocolated chip pound cake. Everything tasted great, and I had done as many things as possible in advanced so that when I got home from work it was a very smooth and clean process. 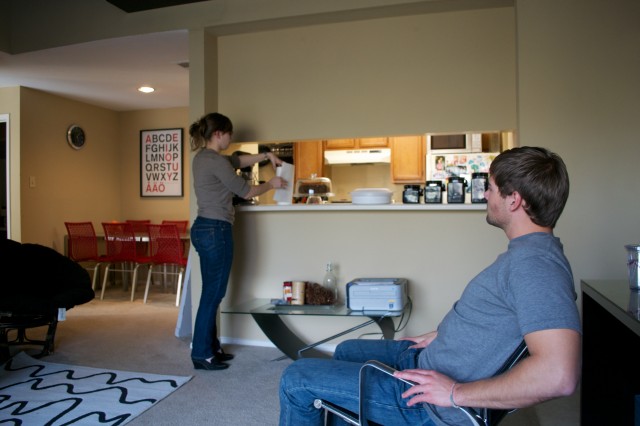 Simon, Grant and I listened to the song “Home” by Edward Sharpe and the Magnetic Zeros 12 hundred times because Grant just kept playing it. While I made my perfected Artichoke and Spinach Dip which we feasted on while we moved the table and set the table. 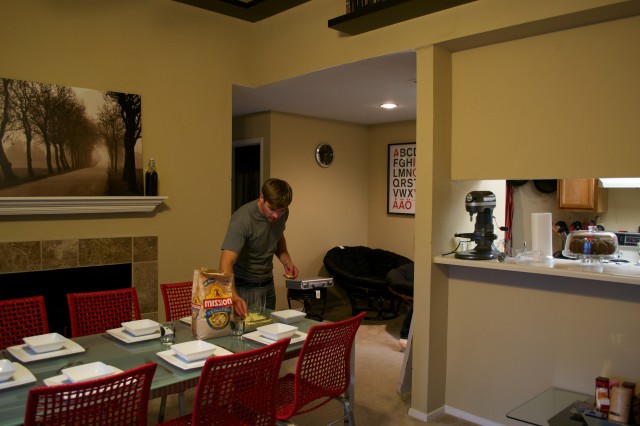 Here you can see Simon eating the dip… it might have spoiled our appetites, but oh well. 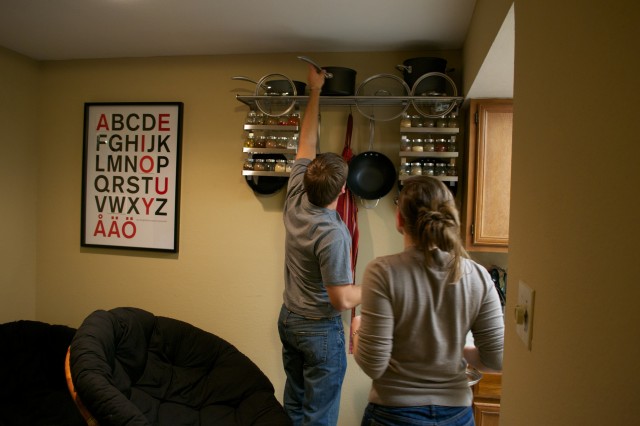 Simon assisting me with getting pots and pans down. Normally I can reach them just fine,but the papasauns were in the way. 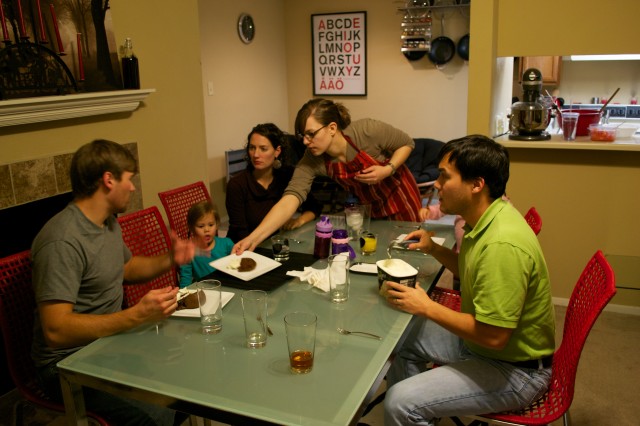 We forgot to take pictures during the meal, so here it is with dessert. 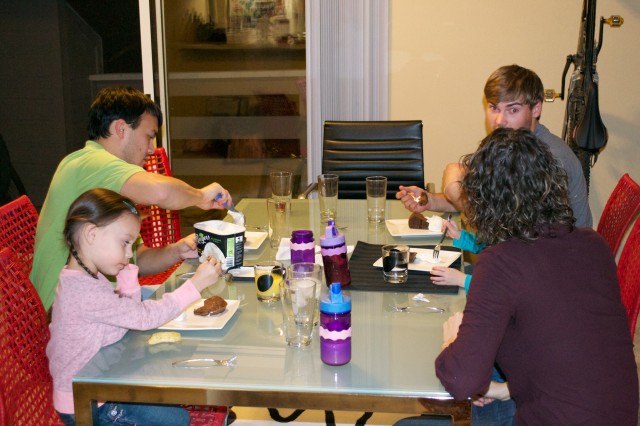 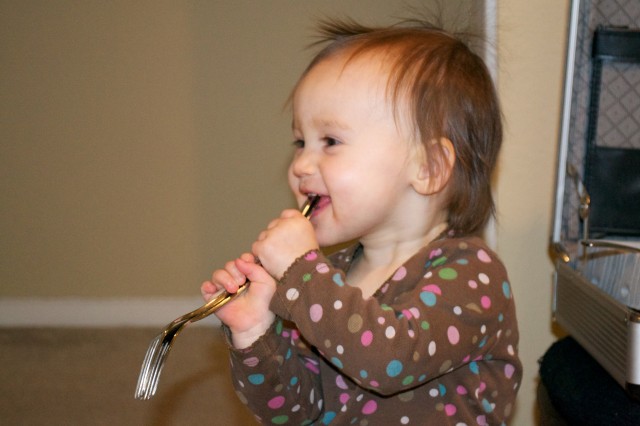 One of the best pictures we got of Emi; my apartment doesn’t have that many toys, so silverware was an amazing substitute. 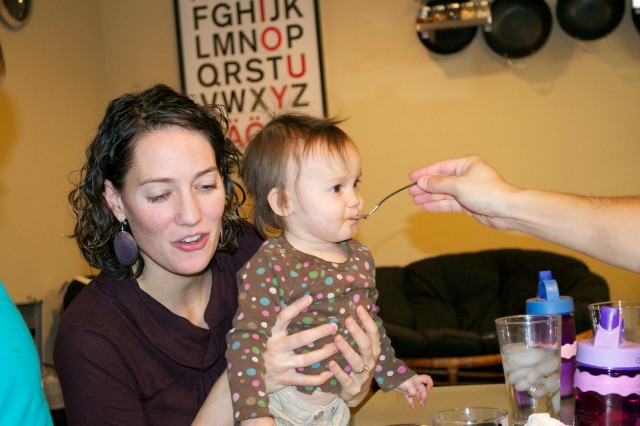 Emi and all babies seem to know by instinct that desserts are different from normal food without even having tasted them before. 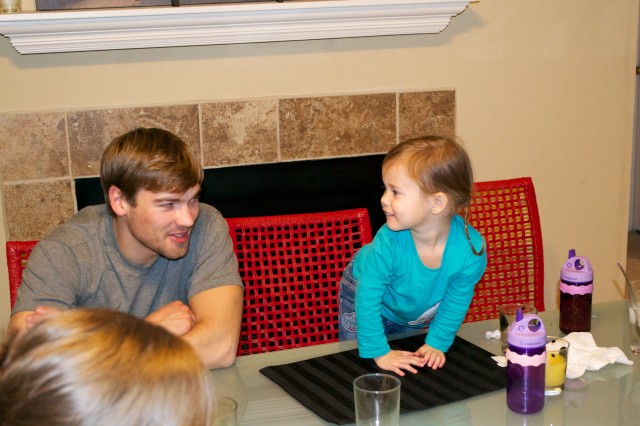 A really cute picture of Simon and Ally. 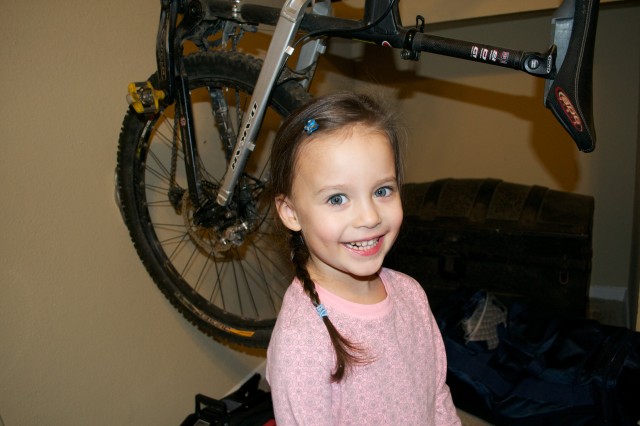 Mia smiling for the Camera after she was done eating. 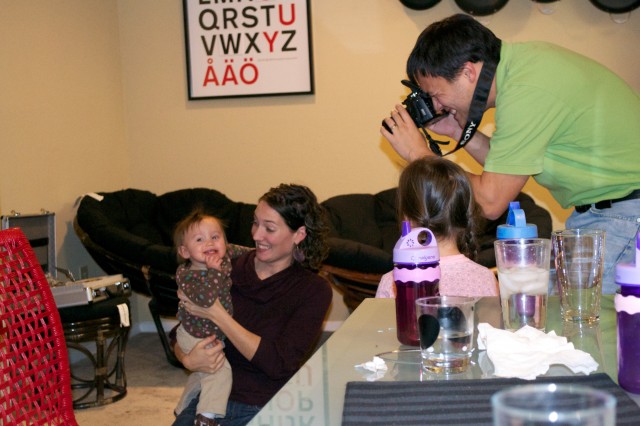 During this visit, we all discovered that when you say “Say Cheese Emi,” she does a cheesy smile and it was making all of us laugh.

It was so much fun to host everyone even though I am sure it was a chore for Tanya and Wilson to get their gang to our place, and I hope to do it more often in the future. 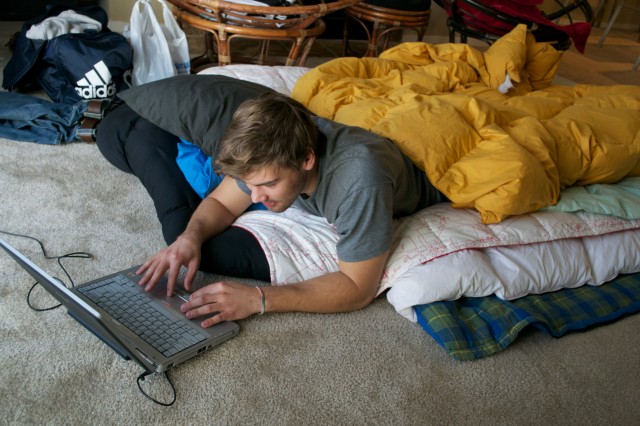 Simon the next day trying to organize Grant’s old laptop before he had to head out. On his bed of mattresses since he refused any twin mattresses we could have offered him.