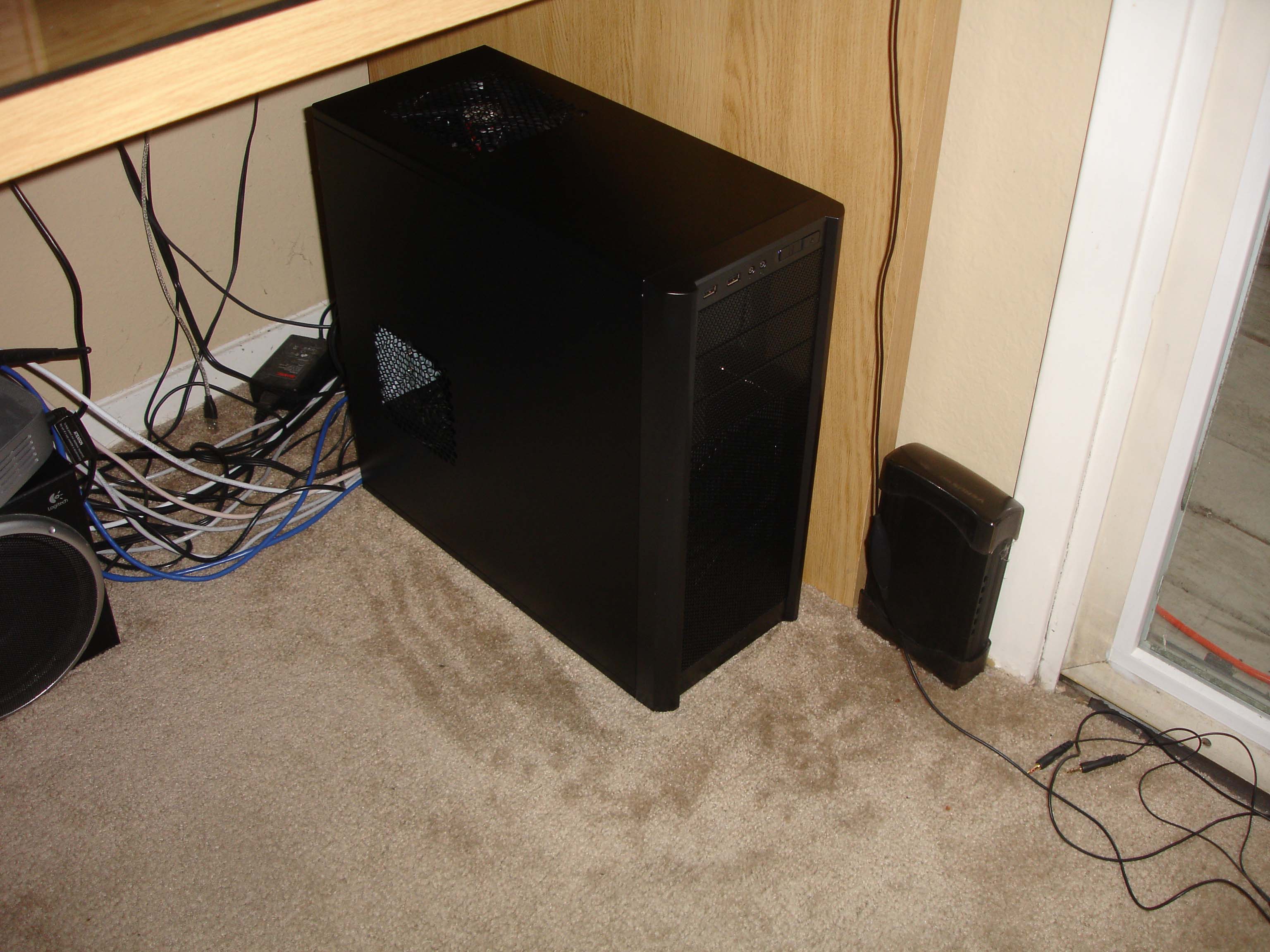 But first lets talk about the old case. I’ve had it for more than 5 years now and plan on keeping it. A lot of great memories come from it. It was built great and has withstood a lot. The reason I sprang for a new case is the fact that I wanted a case that could hold a good amount of hard drives while also having fan’s blowing across the hard drives. One might be surprised with the amount of cases out on the market that do not have air flow over the hard drives. I also wanted a case with some sort of filter system, because the built up dust is annoying and my apartment that I am currently living in seems to be ridiculously dusty. My old case used to have two three-slot harddrive bays but I dremeled one of those out so i could fit a 1987 chevette heater core in its place. Yes I was once a very L337 water cooling geek. Before the days they actually had the kits that you could buy.. oh no I had to go figure it out myself and rig it up. Well then I was only left with three hard drive slots and well it just wasn’t enough

So I almost sprang for the Antec p182. The reasons I didn’t get that was the cost. Also it isn’t really sold any longer. There were a lot of quirky things that turned me off. But I loved the look of it, because it was just plain and sexy. Any case you try to buy now a days will have windows and stupid extra cut outs that just make the case really dumb. Well I didn’t end up getting that case.

Side note: (geek alert, just skip if you are not a geek) You may be thinking… well gosh I only have one hard drive in my computer why in the world does he need more than three drive slots. Well raid 6 is the answer. I currently have five hard drives in my system. The first drive is my OS’s drive, then the rest are for the raid 6. I have lost pictures and other digital documents before and now I’m a little over zealous on backing up my stuff. With the raid 6 I can lose any two drives and still have all of my stuff. You may ask well if you only have four drives why not just raid 1? That is a good question and my answer to that is with raid 1 if you can not lose “any” two drives. You could lose a total of two drives but they have to be specific ones. Also with raid 6 I am hoping to add more drives to it as time goes on. The raid setup isn’t just for me… My Server with Crashplan .

Enough with that on with the new case!

I ended up getting this case because it was cheaper and mostly due to the fact that I had a friend just get one and he told me that is was a sweet case. I have looked at it before but I wasn’t really sold on it then. After hearing what my friend had to say about it. I reanalyzed the case. The main reason I wasn’t really keeping it at the top of my list was I thought it didn’t have a filter and the way the harddrive attached (not being on a slide rail system) was discouraging and also the top and side fan holes I wasn’t jumping off the walls about. But antec three hundred did have a good amount of hard drive slots and also those slots are sitting right behind two 120mm fans that will be blowing across them to keep all my data nice and cool. It came with a 120mm fan blowing out the back and also came with a 140mm blowing out the top. This case has the power supply in the bottom of the case and worked out fine for me with my corsair 750 power supply. The only grip of this case was the fact that it was more compact and it made the wiring job hard to make it look clean. I was able to do it.. but would not want to be switching around cabling anytime soon. This case seems to be a lot more quiet than the last and I think that is due to this case only have 120mm or bigger case fans. My last case has all 80mm fans. All in all This case is a good buy and I don’t have any buyers remorse at all. 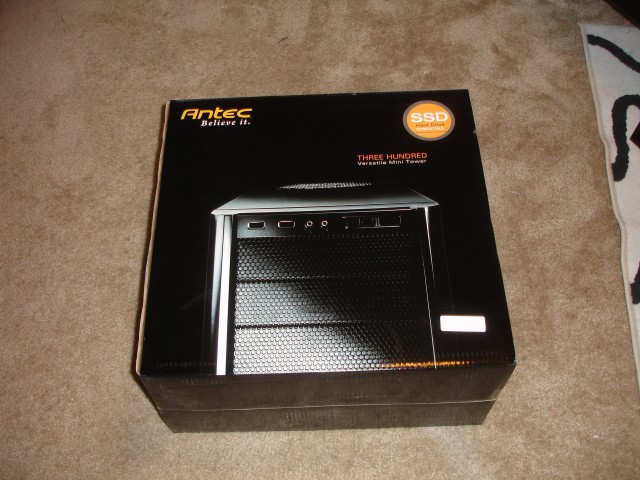 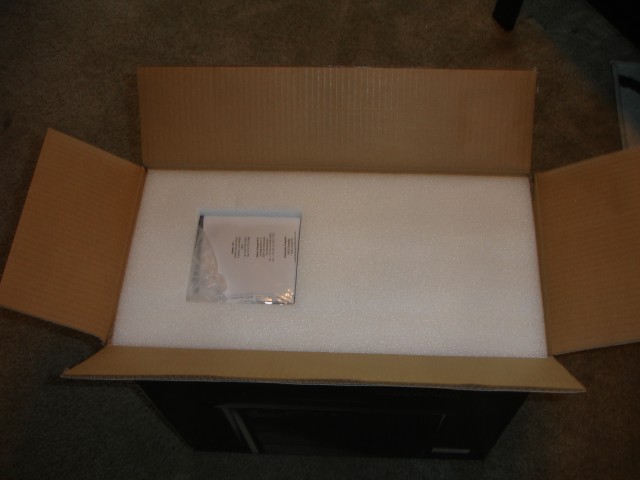 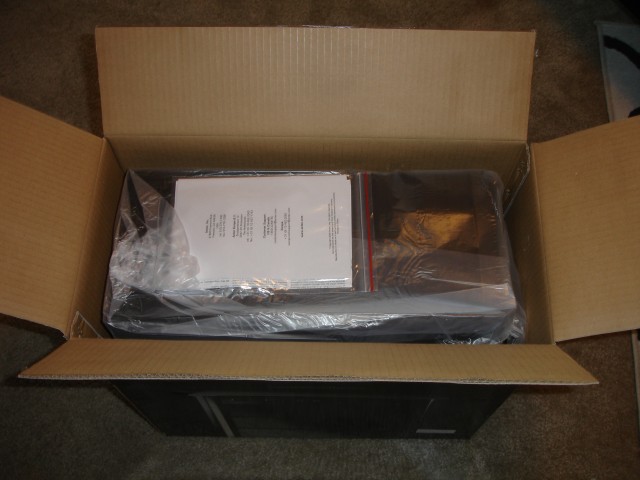 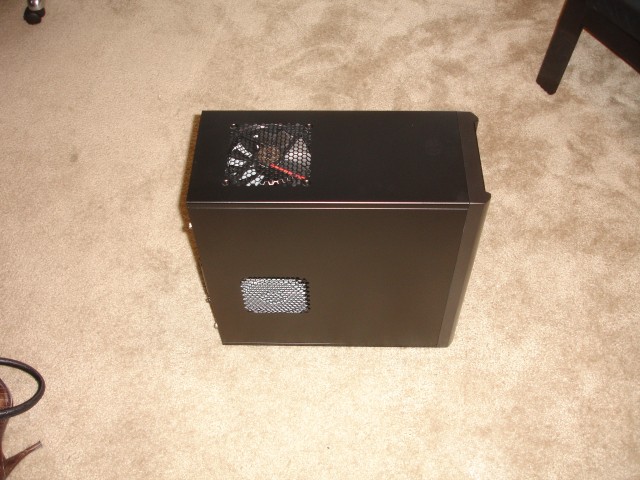 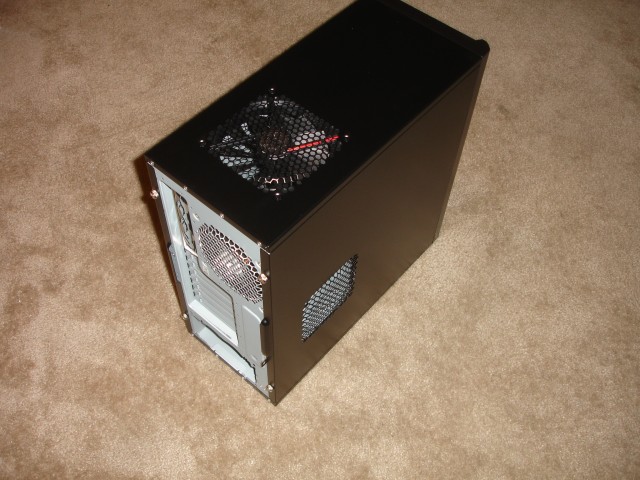 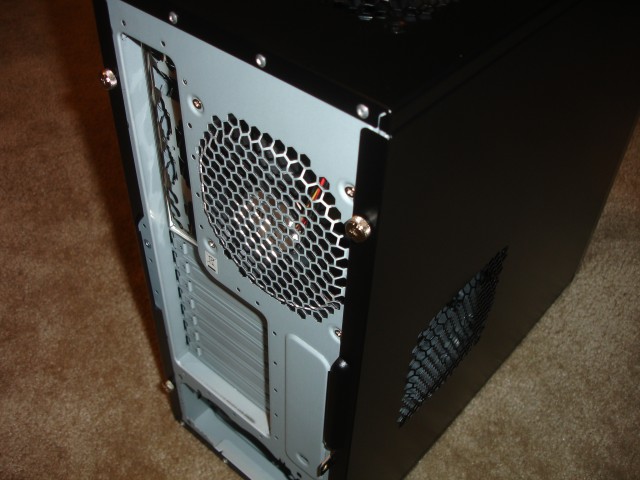 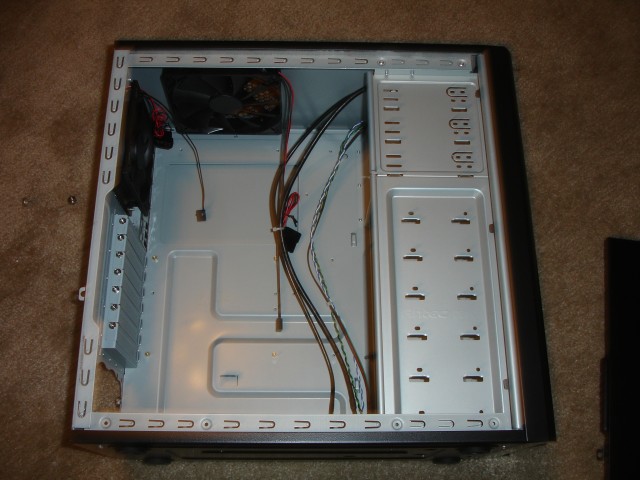 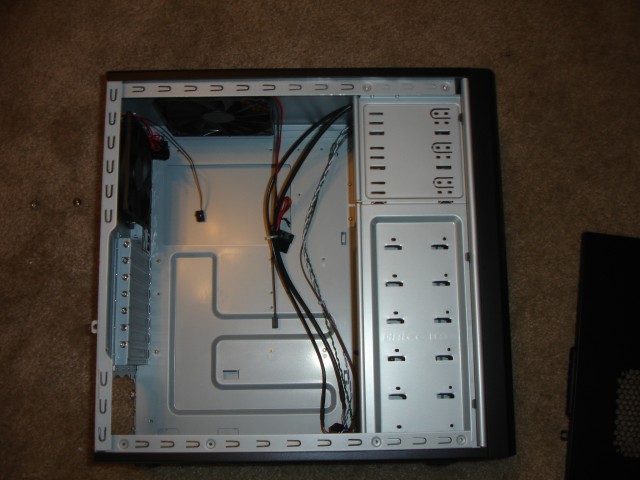 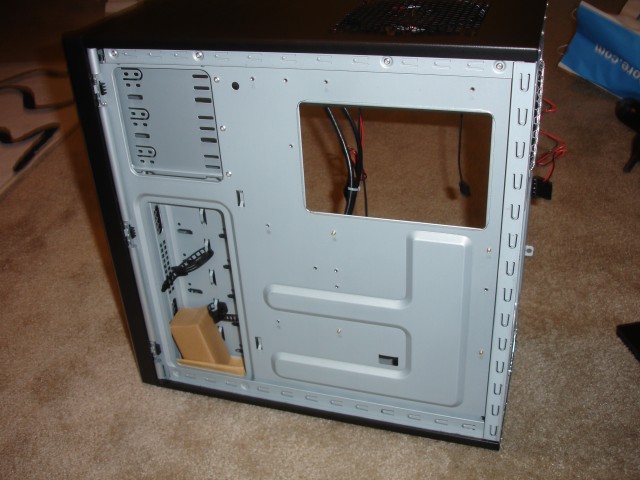 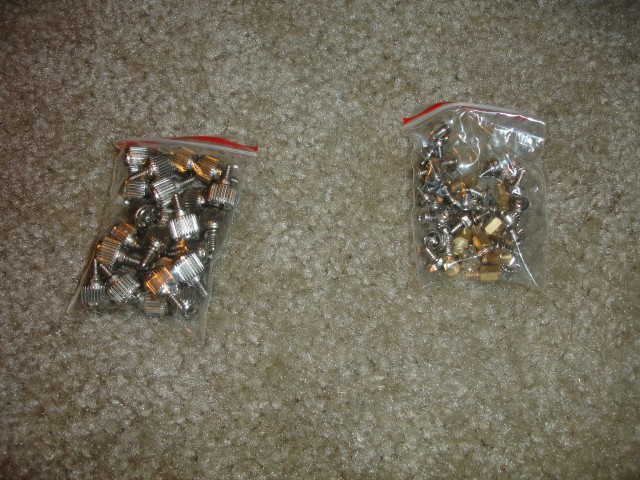 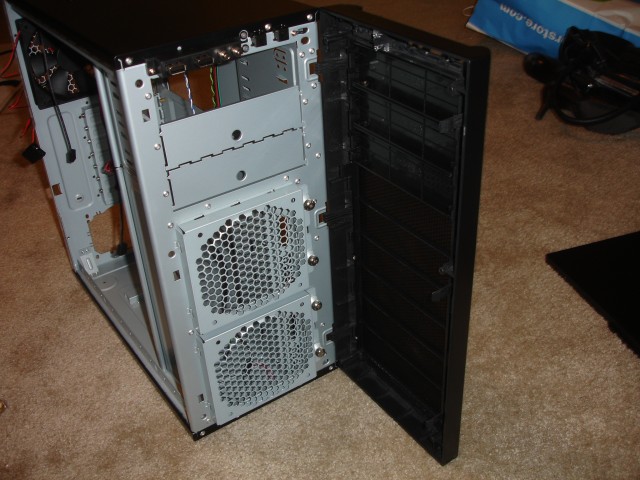 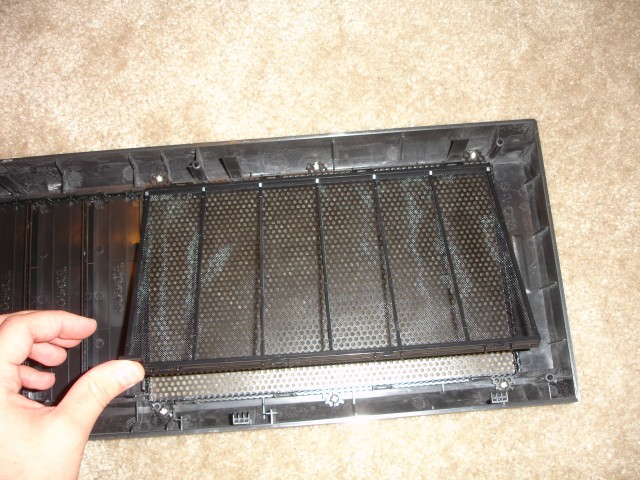 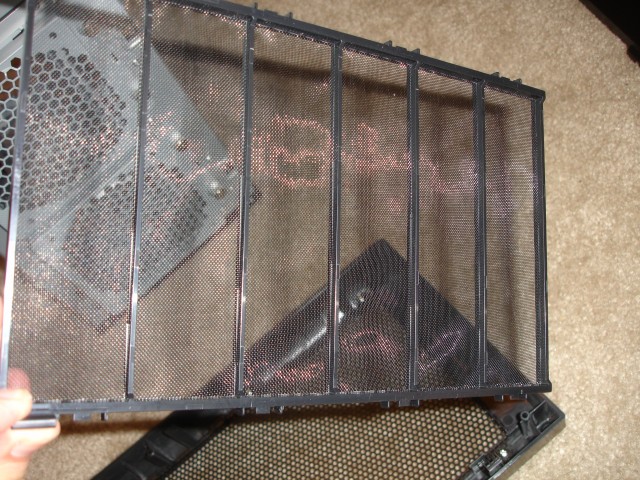 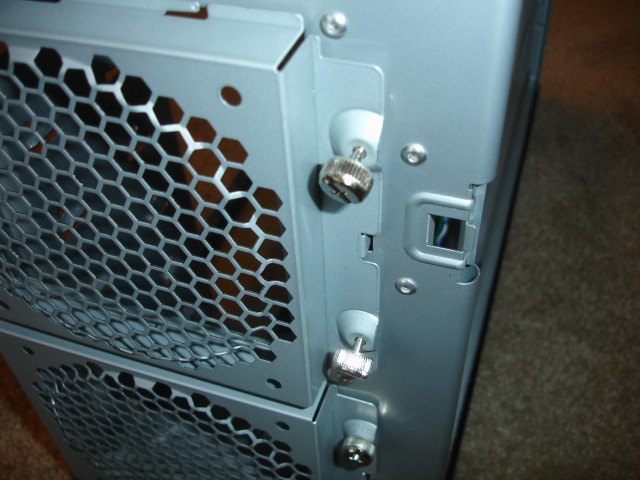 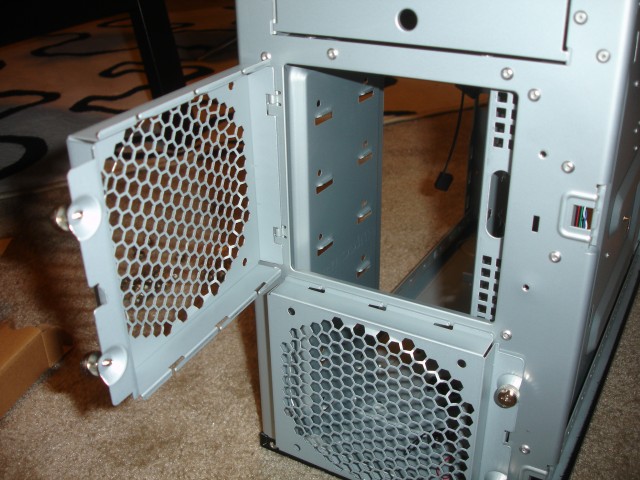 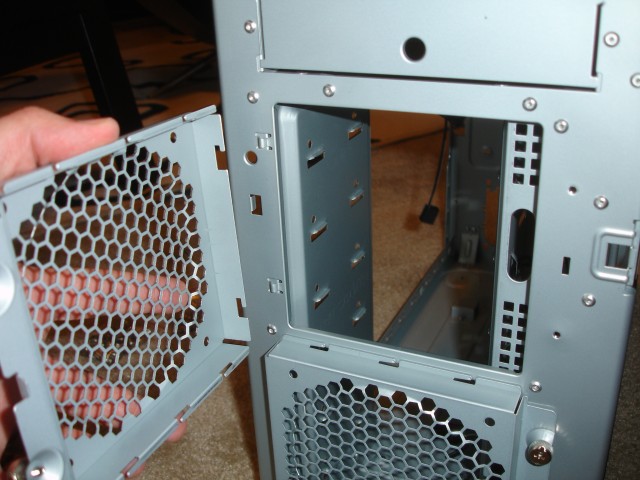 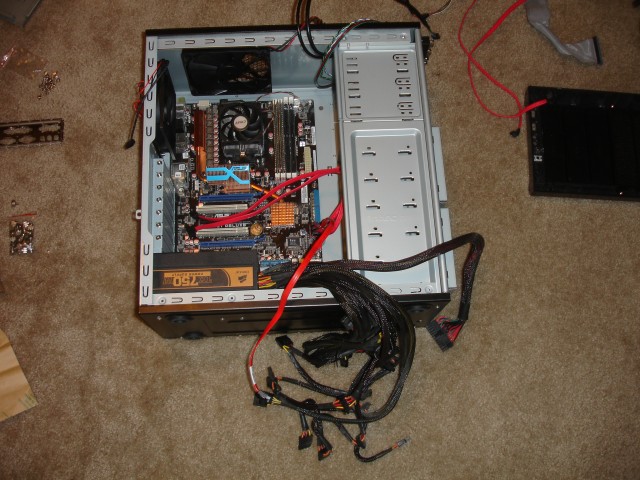 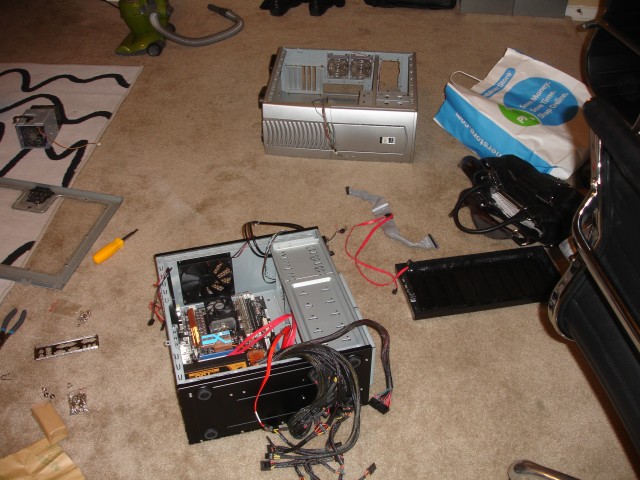 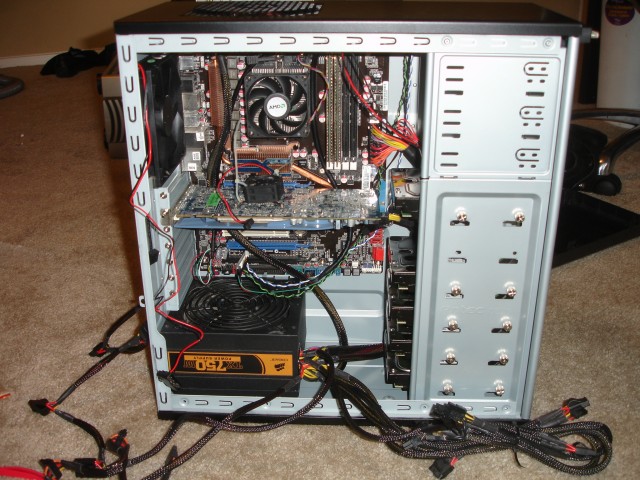 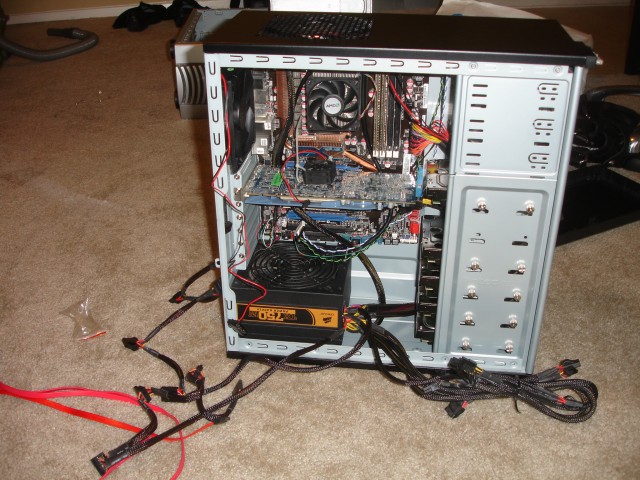 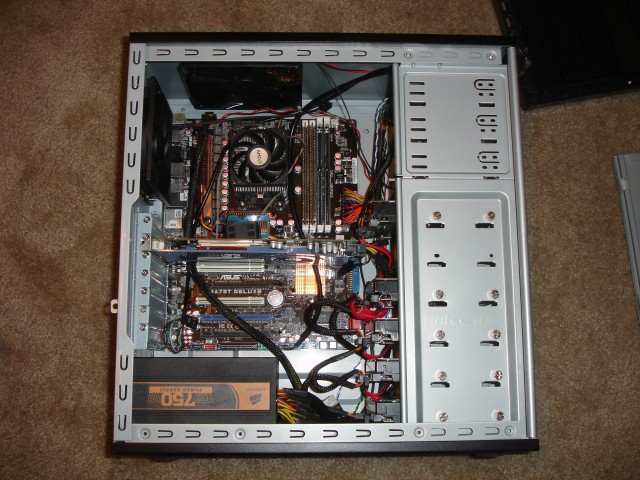 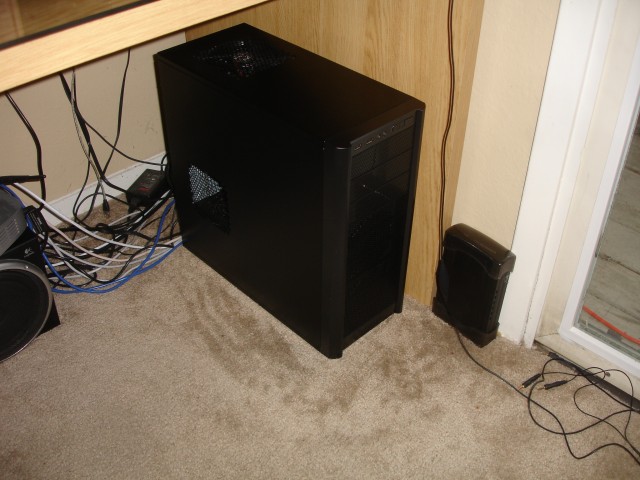 The Wonders of Craigslist

The 4th of July

Pfsense on a 1u d525 server teaser

You really have to stagger those sata cables. Use both cables and do the even drives with one and the odd with the other. It will make your cabling look neater.