So as you know we currently rent our condo, it is an older condo which means more room but less efficient. This winter was a LOT colder than last year for sure, which meant that even if our heater was going all the time and using the really expensive auxiliary heating coils, it wouldn’t get above 66 in our place. Which can be frustrating when we still pay a lot in utilities,but that is something that you just have to come to terms with when renting. One day we look forward to having a house, just so that if there is something wrong with insulations, windows, doors, heaters, etc. we can actually get those things fixed and changed over time.Our biggest problem right now is the windows in our condo, some of the double paned areas have fog on the inside and you can feel how drafty they are. They sell a lot of kits you can use for covering the windows with plastic wrap,but they all entail adhering the plastic to the window, wall, or frame around the window. We aren’t allowed to attach anything like that or make holes in our walls, so those weren’t options for us. Also, each window has the blinds hung differently. Some are right up against the windows, some are a few inches away from the window it self, and some have a lot of space where they are flush with the wall. This meant that we would most likely have to take the blinds down before being able to insulate the windows which we aren’t supposed to do either. After much thought we came up with an option that would work. 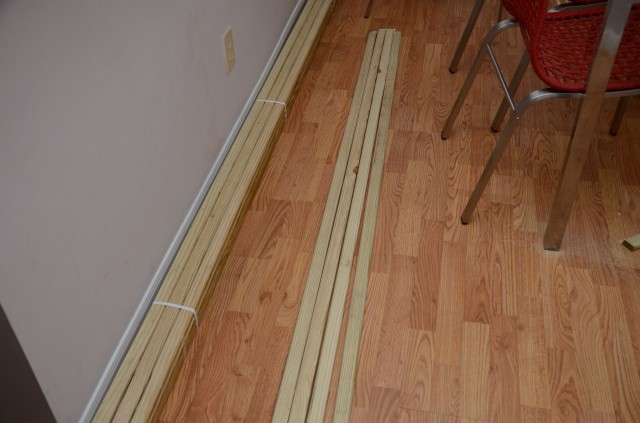 We bought Â screws and wood from Home Depot, trying to the straighter and less knotty ones. We bought shims too,but ended up not needing them and returning them. 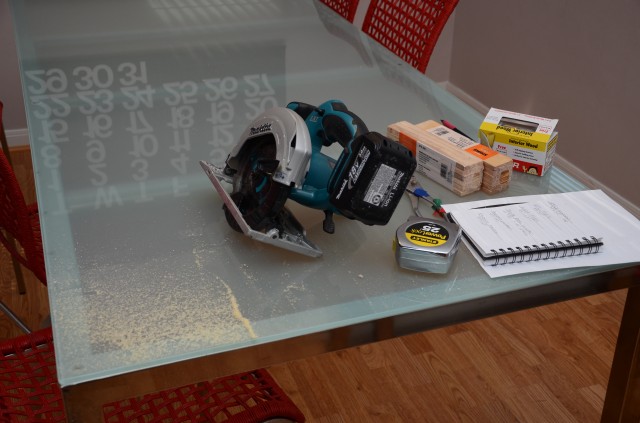 We then measured each window and cut all of the pieces to size and made a mess. 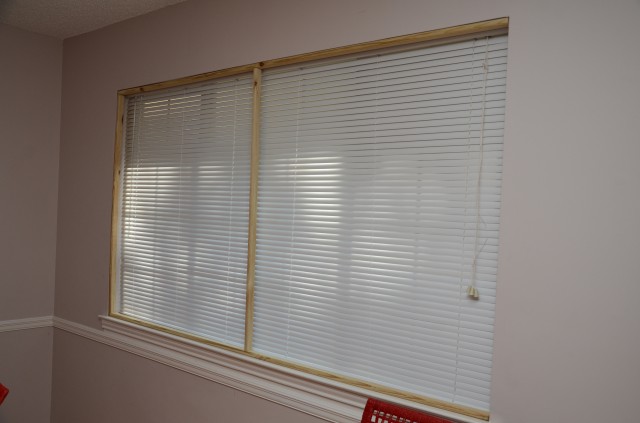 Each window is different so we made a frame for each one.

We then used our industrial Saran wrap. 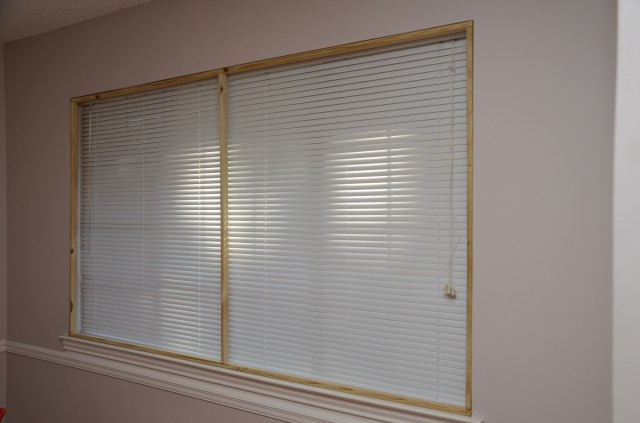 This window had the blinds against the window so that made it nice, some of the others we had to notch the top so we could fit these frames behind the blinds. 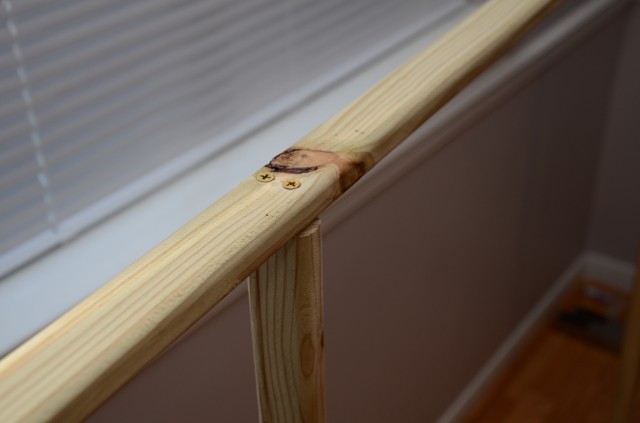 We had to make the frames free standing so that they just slid into the opening and could be taken out again without damaging the windows and frames at all. 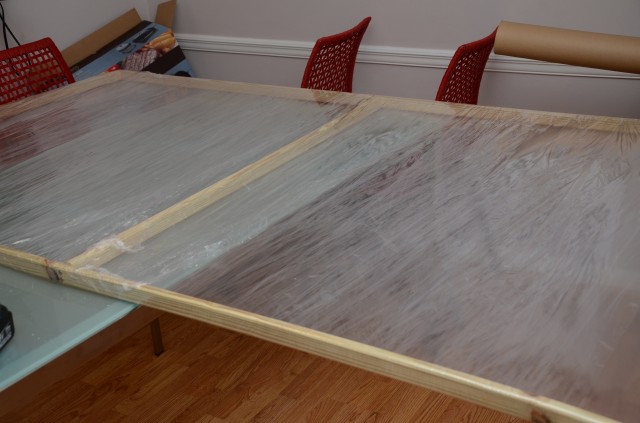 Putting the Saran Wrap on was a two person job, but we got it done in the end, but you can see this way there is air trapped in between the wrap to help insulate more. 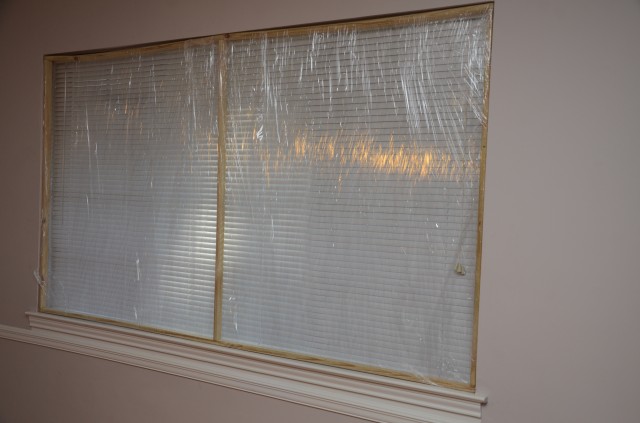 Here you can see one of the finished frames, this one bowed in the top left which we need to fix because the saran wrap put too much pressure on the knot there. We did a total of 4 large frames in our whole condo and it has made a huge difference. They don’t look very pretty, but we can take them down if we need to at any time. Home Depot sells a dark colored Sheet insulation that probably would have done a better job than these frames and would have been easier to make,but we wanted natural light to enter into our place. So, a little ghetto,but for just the winter months we are happier with these than without them.

What I have been Sewing Lately