Sometimes we play games, I’m not a fan of Monopoly so normally we play Phase 10, Skip Bo, Card Games, Yahtzee,etc. Grant isn’t a huge game person other than computer games, but he takes one for the team and will play some with me every once in a while. While family was visiting for New Years, we got to play a ton including Catch Phrase which was hilarious to play. This was mainly due to the fact that most of us females were better versed at communicating and infuriated the men by beating them again and again. Granted, Â if we had catch phrase set on sports we would have probably lost. 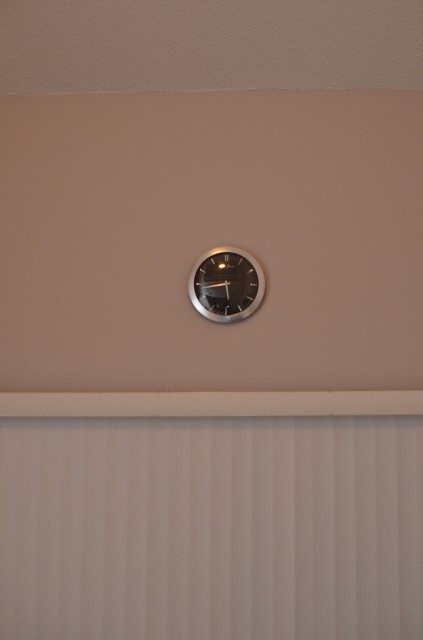 Normally, I wouldn’t consider myself lazy, but there are times when I am. Above is our Clock that is pretty high up where I used a ladder to put it on an existing nail since we aren’t allowed to add our own. One week after putting it up, there was the time change, and we were too lazy to go and change the time on it. I am happy to say that after this Sunday, the clock won’t be an hour off Anymore! 🙂 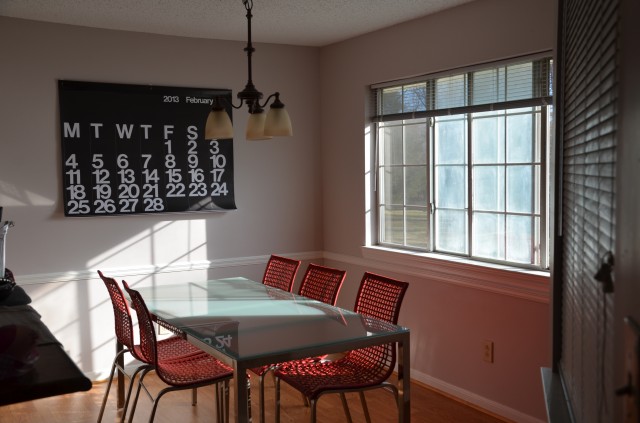 I moved our Stendig Calendar out of the office and into the dining room, and I really like it in there. 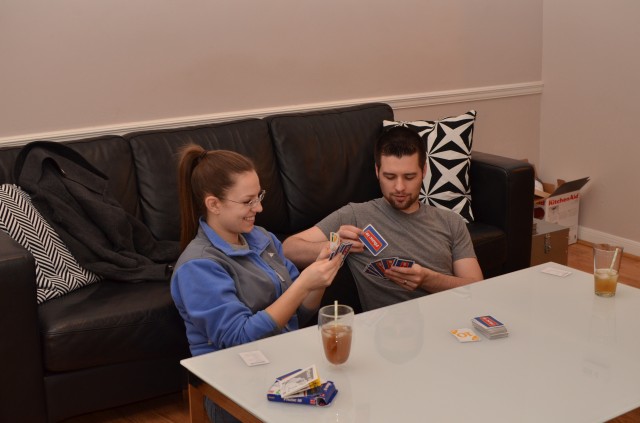 We got a new Camera which I will post about next, but one of the features that we like about it is that you can set it to take pictures at whatever intervals you want. 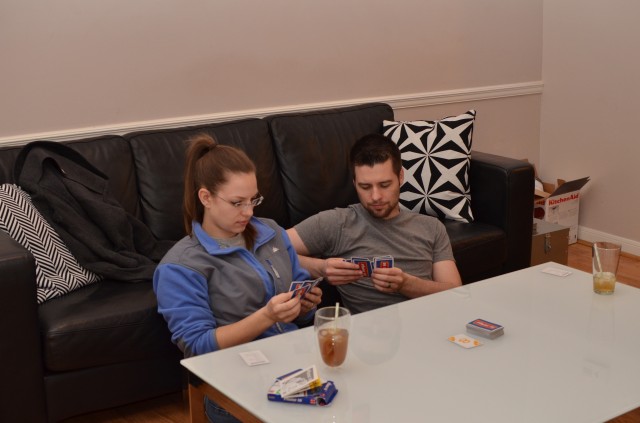 So, we decided to test it while we were playing phase 10 where it took 1 picture every minute. This is also part of our bargin, when we first got a DSLR camera I told Grant we could, but ONLY if we got some pictures of ourselves together. Grant still resists this,but again that is how I got him to take all those Christmas pictures and these as well! 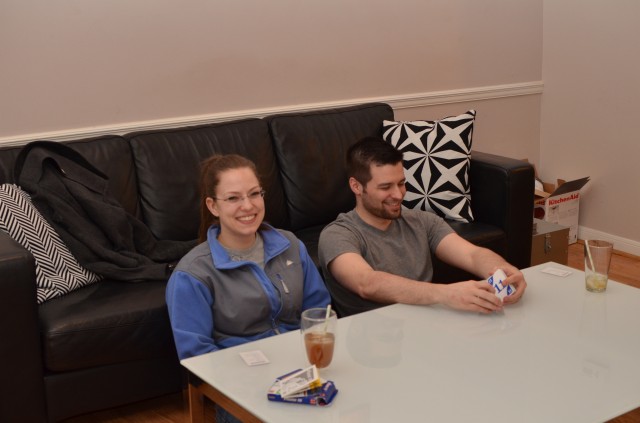 It is weird seeing pictures of yourself sometimes from different angles, for instance, I didn’t know my hair looked that color. In front of a mirror it doesn’t looks as brown red since the lighting changes how it looks so that is a little disconcerting. 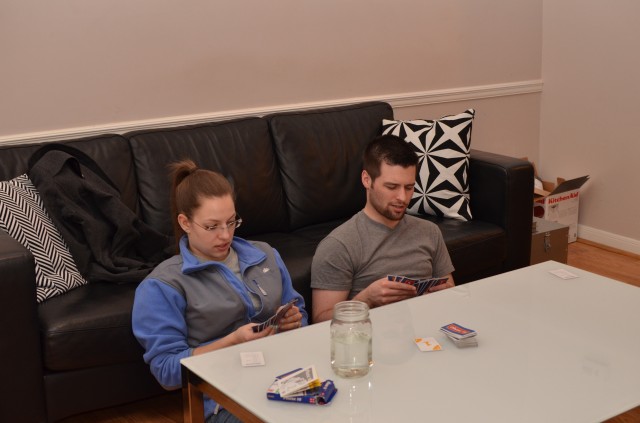 I love this picture because Grant’s expression is so typical when he either is concentrating, Â doesn’t agree with what I am saying, or has no clue what I am talking about. Normally it is the latter either because I haven’t had a chance to finish my phrase or thought, or I am starting somewhere in the middle without meaning to where only a sibling would have any clue what I meaning. 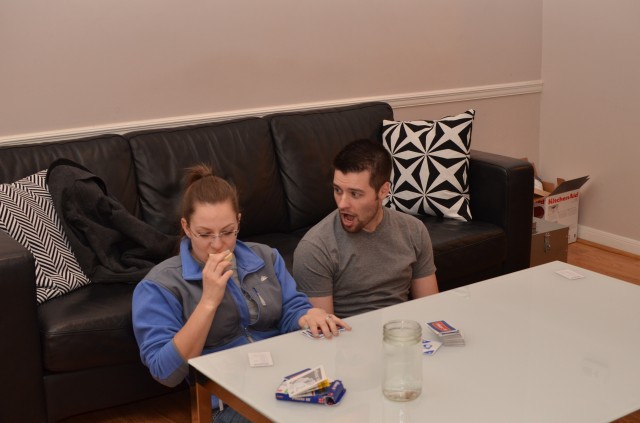 I am eating cheese here and this pictures just makes me laughÂ every time. Anyway, nothing crazy exciting, just some fun pictures. Also, I won Phase 10 like always, JK! ;p

that expression is SO Grant! Yep, that is your hair color alright. love you, Mom (Wow)