Since Grant and I moved I still feel like we are here for a prolonged visit, not that I don’t like it here; it just doesn’t feel permanent yet. Time has been dragging and flying by at all the same time. The first few weeks were crazy because of how unorganized they were, and how much we needed to get done in such a short time. Now that are our weekends aren’t completely filled with unpacking it has been lots of fun. We have visited a church a few times and even visited their young married’s care group. One of the girls there is named Jessica and later I found out her married last name is Grasham which I found kinda creepy having NEVER met someone with completely the same name as me. Anyway, I feel like it is Birthday season right now and the Holidays are fast approaching and Grant and I are still trying to figure out what we are doing for each of them.

We have plans for Thanksgiving and are working on ironing out the details for Christmas since everything changed since we moved. We still have a lot of random things that we need to get done around the condo like finishing up our office,but at least we are up to date on our October budget which was a nightmare because of all of the random expenses. Grant’s company didn’t cover any of the moving costs so we will see on whether or not we claim any on taxes. I am slowly starting to get into the swing of things with working from home, and Grant is actually getting to do more things at his job which are more exciting than orientation. 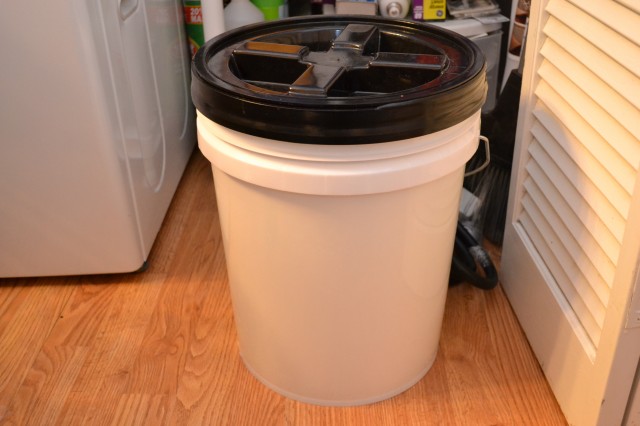 I love the homemade laundryÂ detergentÂ recipe that my friend Ashley makes,and after having used up the small portion we kept last year, since most of it we gave away as Christmas gifts, we decided to make some more. You can find the recipe and tutorial HERE.Â It is super easy and quick. Â If you have a powerful blender, don’t even grate the soap but put the water and bar in there and it goes to town on it. Then, pour in a saucepan and melt, etc. Â We decided to get a “nicer” looking bucket Encore 30448 3.5-Gallon White Industrial Bucket

Â rather than the orange ones so it won’t stand out as much. 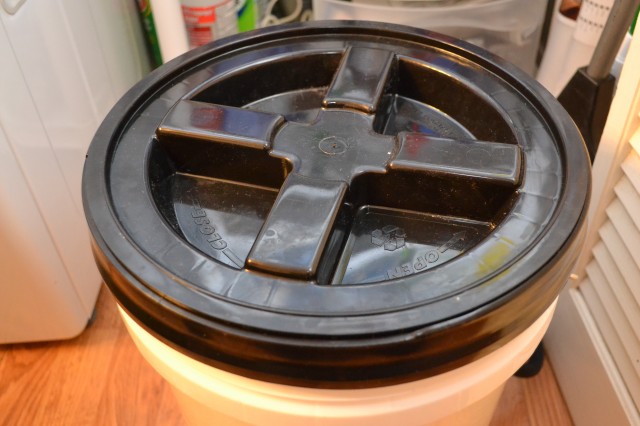 Â that we got so I can actually open it,but keeps everything sealed. 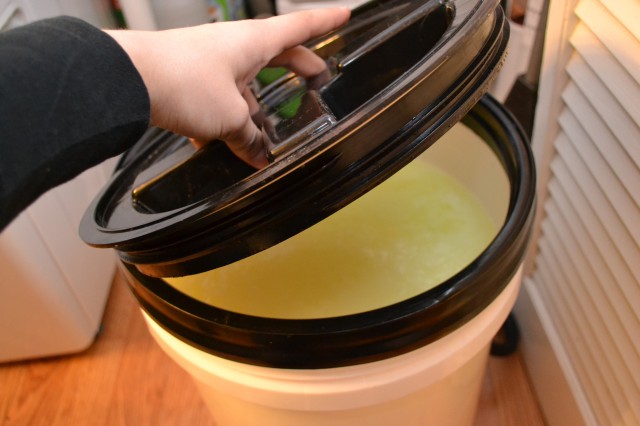 Here you can see the grooves and how awesome it is. 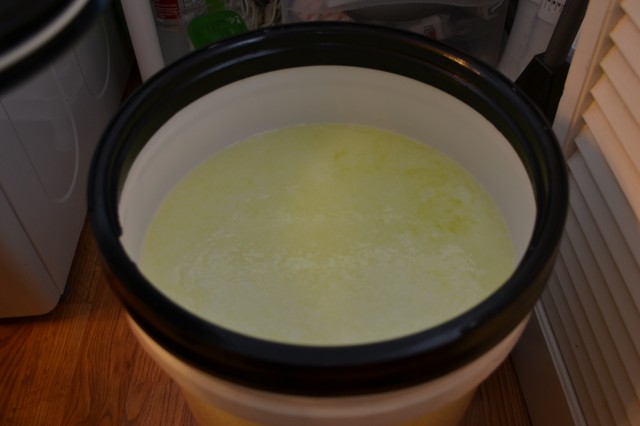 And 4+ gallons of laundry detergent for cents per load, this recipe only uses 1/4 cup for the HE washer Â so I think this one batch will give us over 250 loads give or take a few if we use more on certain loads that are dirtier. 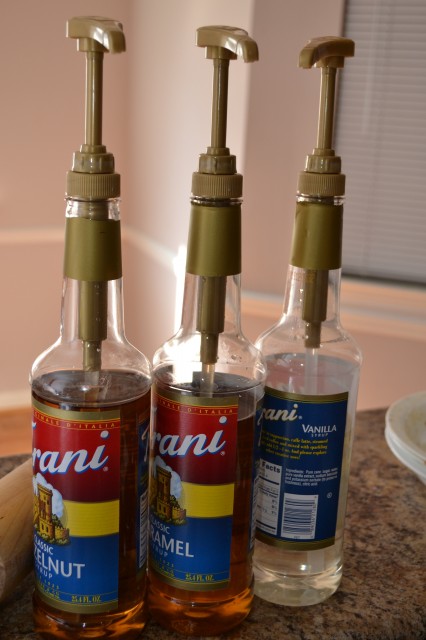 As I said in a previous post, we have been drinking more coffee and decided to try out the Torani syrups rather than the store coffee creamers only because there is no cream or milk in those, and we try to stay away from scienceÂ experiments. Â I know these have more calories,but they do sell the sugar free versions. I like the coffee like this,but I think I will also try to make some homemade coffee creamers that are more like the store bought ones.

So, Grant decided that I should try and cut his hair since we spend a lot on his hair cuts each month. He is really really really picky especially since he has very thin hair, and I think he is tired of trying to find another hair dresser since we have relocated again. So, he decided it wouldn’t be too detrimental for our marriage for me to try… I was, um,Â freakedÂ out of my mind. If Grant didn’t like how someone who is trained in cutting hair cut his hair, then why the heck would he like it if I did it?! Â So, in the end, I said I would try and hoped that I wouldn’t mess up to badly. The good news it that Grant is not sporting a buzz cut, the bad news is it wasn’t perfect,but a decent first attempt.

The Many Faces of Grant and his Tactics Explained… 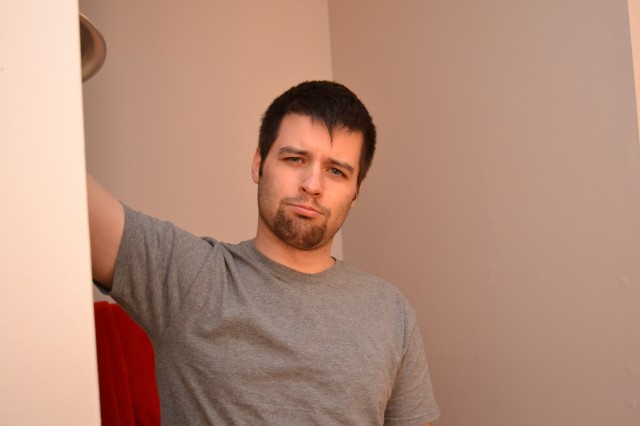 Grant giving me the why would you take a picture of me look… Guilt Tactic. 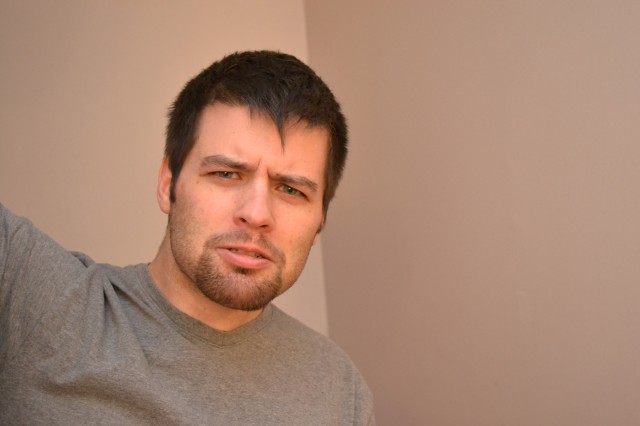 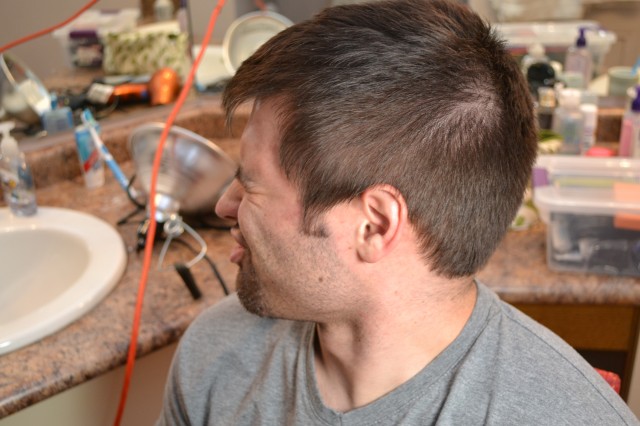 Grant squishing his face like a 2 year old… “Surely she won’t take a picture of me looking like this” …Tactic. 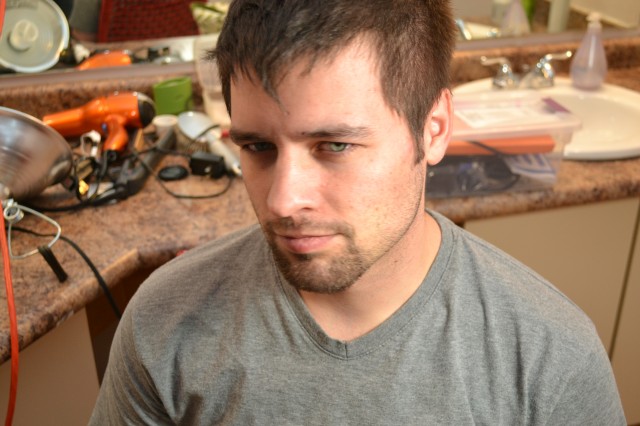 Grant giving me his annoyed face since his other tactics didn’t work… Angry Tactic.

I am confident to say that after Grant, I should be more prepared for children one day. 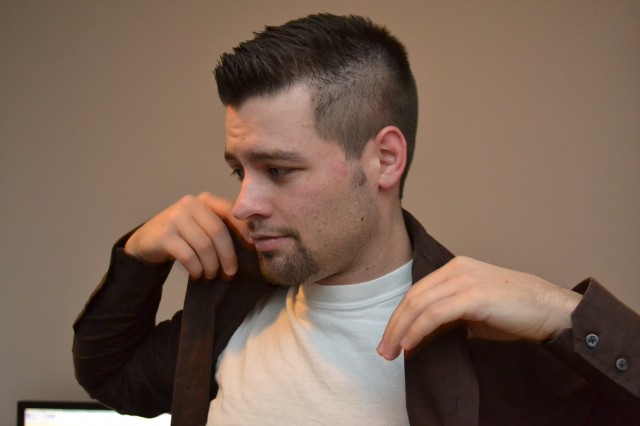 Here is the only “After” picture I could take, and since he can’t multi task, I didn’t get aÂ weirdÂ face! 🙂 So anyway, the hair cut wasn’t bad. I need to work on my blending technics a little bit, but Grant even admitted that I did a pretty good job. So, hopefully I will get better at it as time goes on. 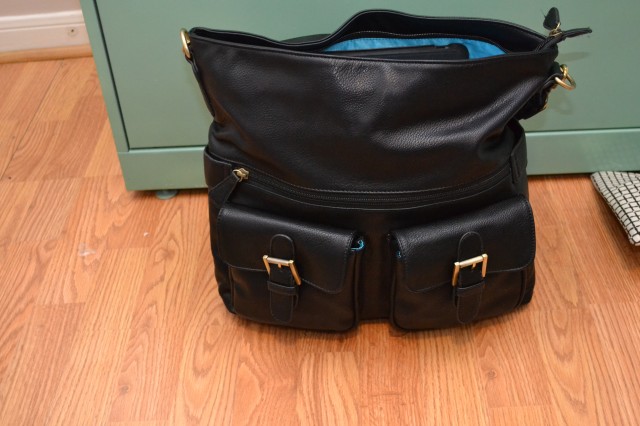 So, I am still crazy and keep entering giveaways a lot and here is one of the more recent things that I won which I am Â REALLY excited about. I probably would have picked a different style if I could,but I won a camera bag from Jo Totes! So, now whenever I want to take my camera other places I don’t have to freak out about if it will get damaged on the road. 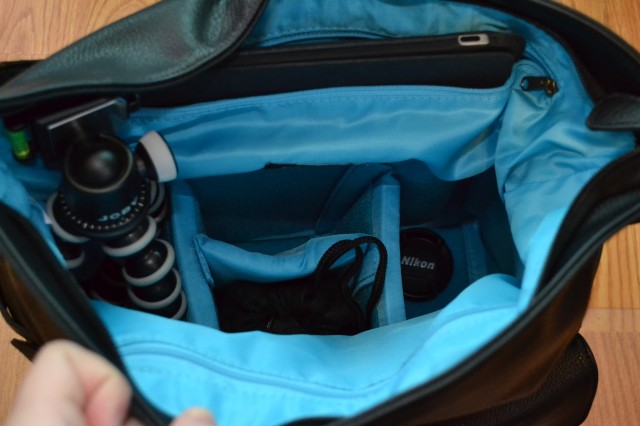 It has velcro sides and bottom where you can adjust and change the compartments to fit all of your different gear, flashes, lenses, and of course camera!

Anyway, I am off Â to start packing for our trip to South Carolina to see Simon and Sarah for Thanksgiving!!!!!!!!!!!!!! Happy Holidays to you!

IÂ´ve been cutting HannesÂ´and SimonÂ´s hair for years which was a good practice for cutting MartinÂ´s! ItÂ´s really not that hard and you did a good job! Hope you have a wonderful weekend! Love you, Irene

I think the haircut looks nice, if all else failed you could have buzzed him – hair does grow back. love you!