After the house party that I hosted, I went to Tanya and Wilson’s to decorate some of the remaining cupcakes with the girls. I had called ahead to see if they were busy, and if I could even come, butÂ  hadn’t heard back from Tanya. When she finally called me back she was begging me to come because Mia was driving her crazy asking every few seconds when Tante Jess is coming with Cupcakes. When I got there they were waiting! 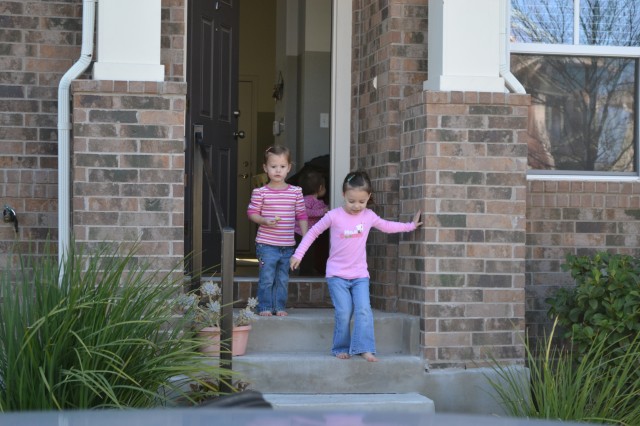 My awesome greeting… really they just wanted the cupcakes,but we can pretend they were happy to see me. 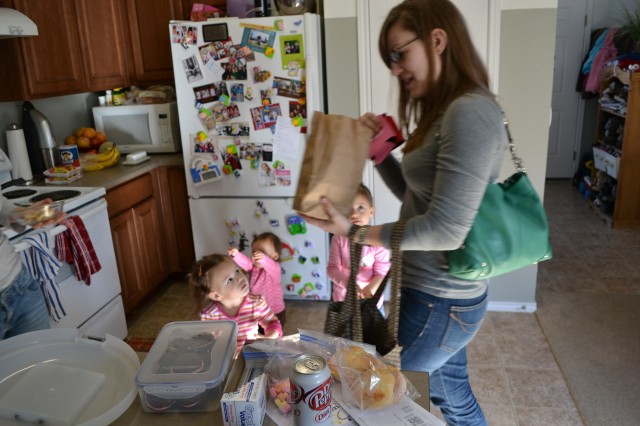 Wanting to know and see what Tante Jess brought 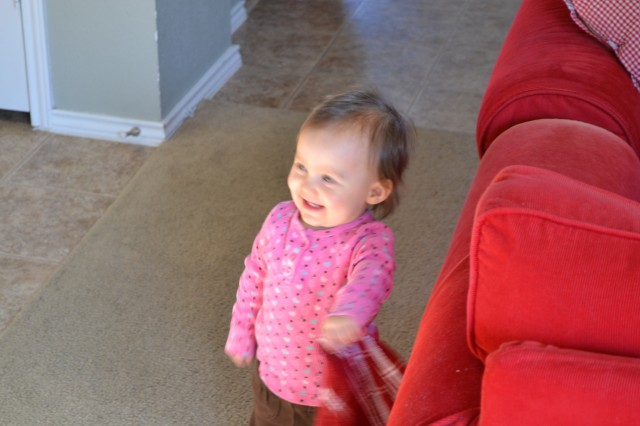 A kinda blurry picture,but Emmy was playing Peek a Boo with Grant 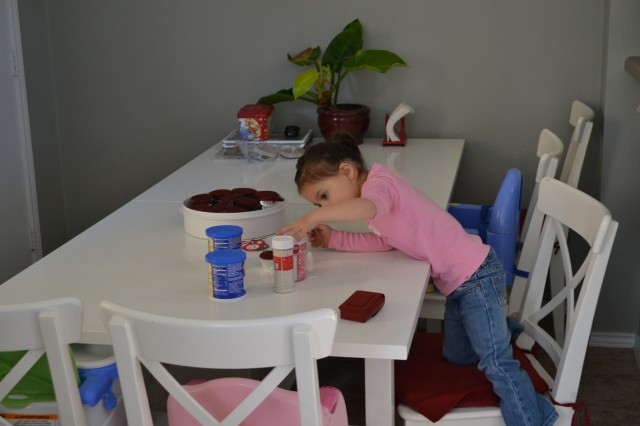 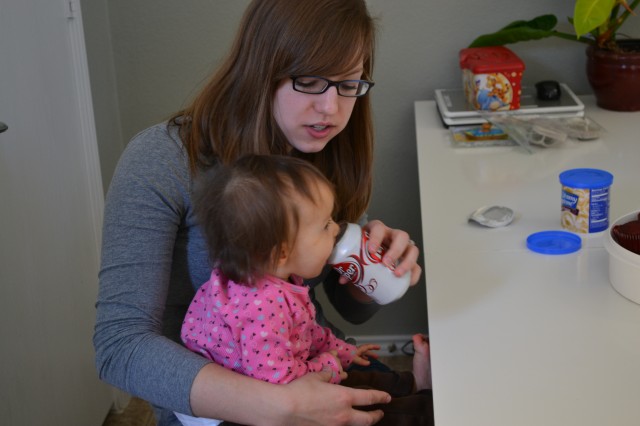 Emmy only wants me around because she knows there is a high possibility that I will be drinking pop, and that she will be able to make me feel bad if I don’t give her any.

Mia decorating all by herself she really wanted no help , and she had a blast decorating. 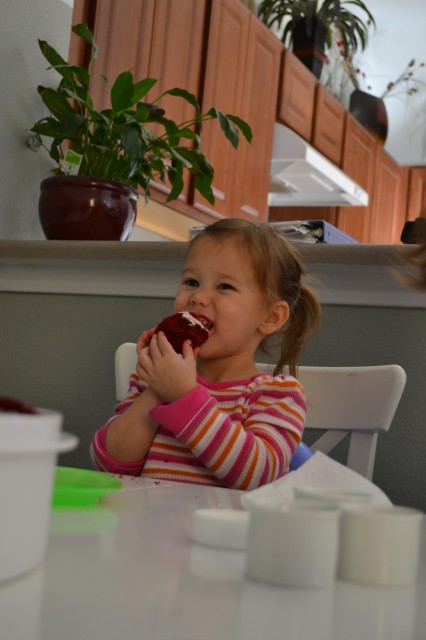 Ally had the decorate, eat method down pat 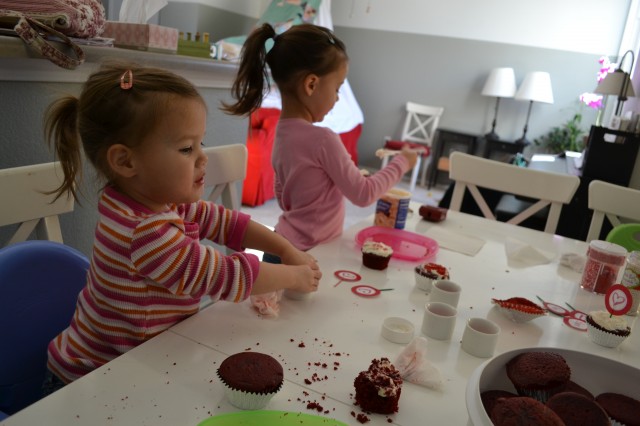 Both of them working, you can see Ally’s mutilated cup cake, she ate some and then tried to apply icing without help… gave an interesting result

Mia showing off one of her masterpieces 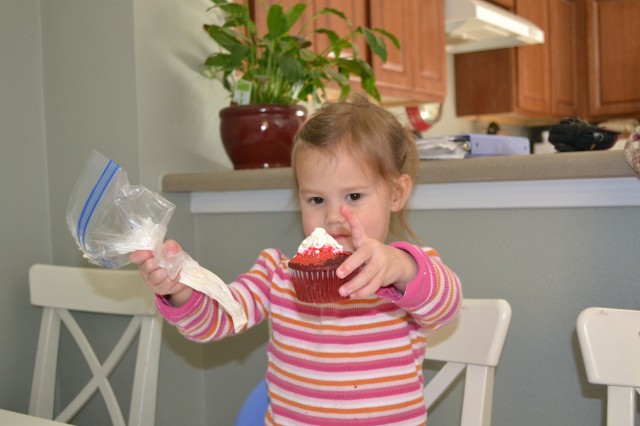 Ally was all about being different, she had to add the sprinkles, and then the icing on top of that 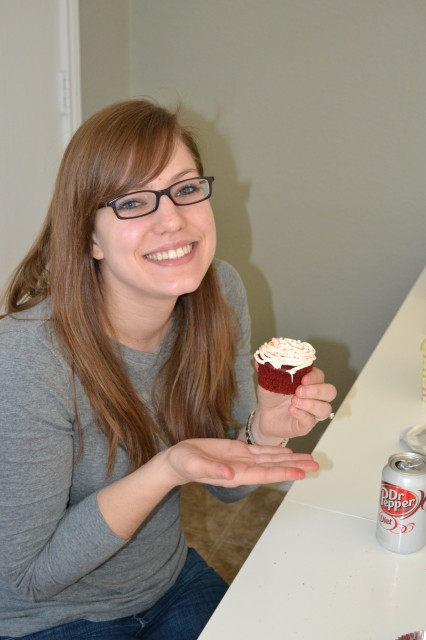 I used a classic white icing with white pearls 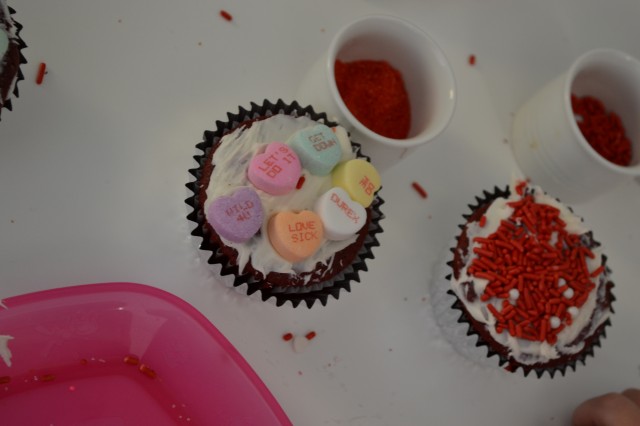 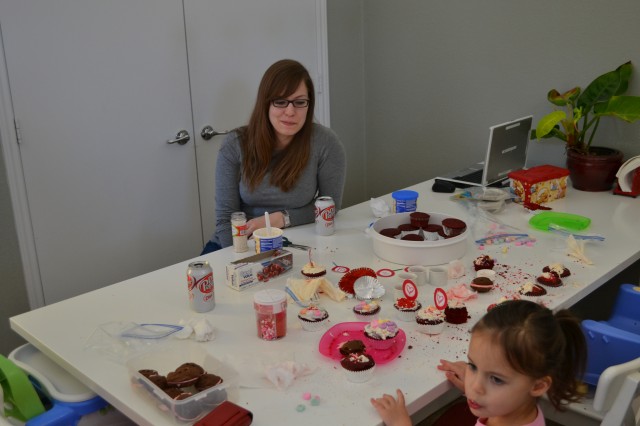 Not the cleanest activity,but I think it kept them busy for at least an hour so Tanya could shower and just do whatever 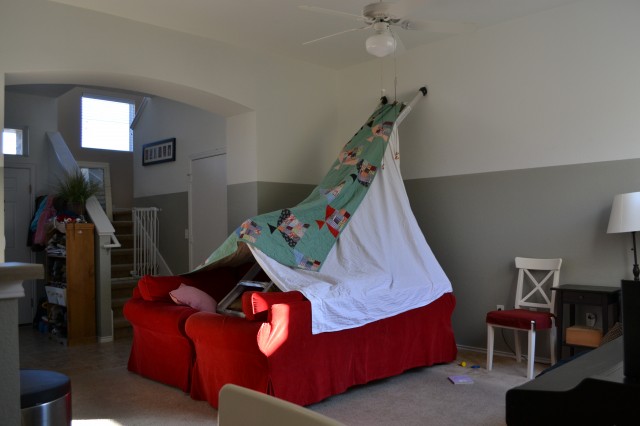 The awesome fort that Wilson had built for the girls