I helped organize a luncheon that had a fiesta theme; at this luncheon we usedÂ jalapeÃ±osÂ and hatch peppers as decoration on the tables. Once this was over we had over 25 pounds of peppers left. So I gave as many away,but Grant and I still ended up with a pound or two, so this is what I made with them. Grant loved it. It isn’t a hard recipe,but it lots of prep work so set aside at least 30 minutes for it. It is so worth the effort though! 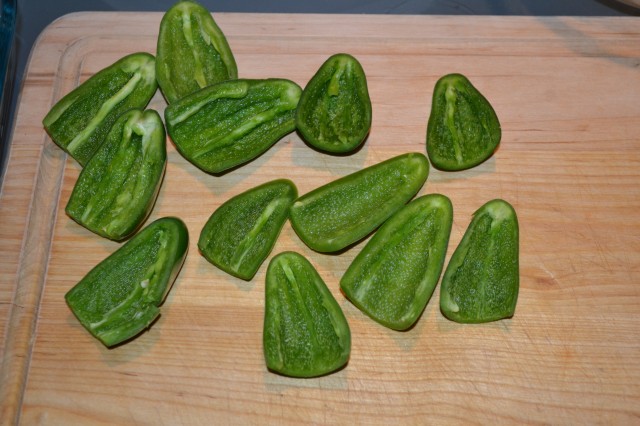 Wash, slice, deseed, and WEAR GLOVES!!!!! You might not feel it at first,but you can get burning hands for hours if you don’t wear gloves. 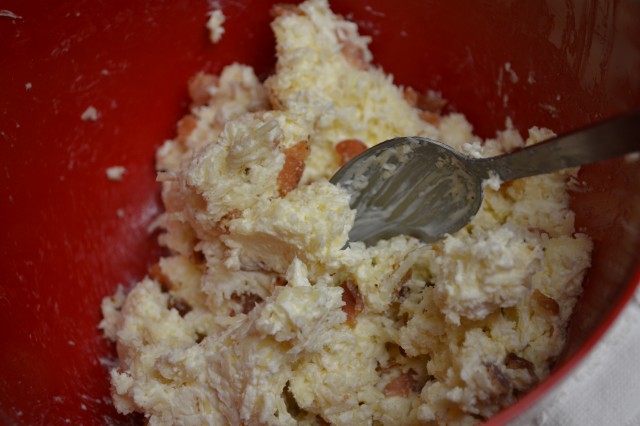 I cooked bacon, on the george foreman cause I was lazy, then rip it into small pieces. Add the bacon to the softened cream cheese, and parmesan cheese. Try not to snack on this, it is really tasty 🙂 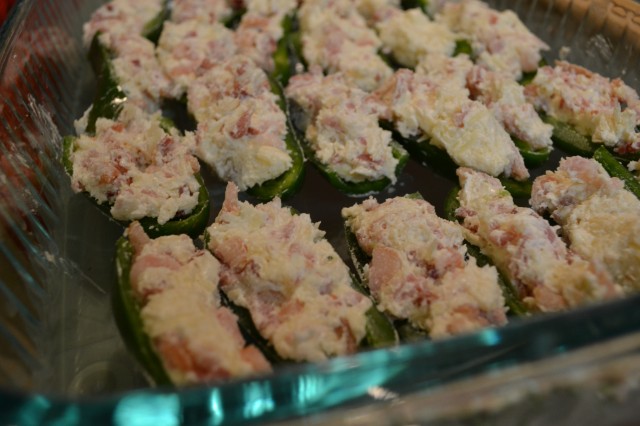 Fill the Jalapenos with the filling, and then bake in the oven. I found that the jalapenos at our local Fiesta Mart were much spicer than the ones we bought at Walmart. This could be because Fiesta sells to mainly hispanics and they have higher standards for their pepper,but I don’t know. 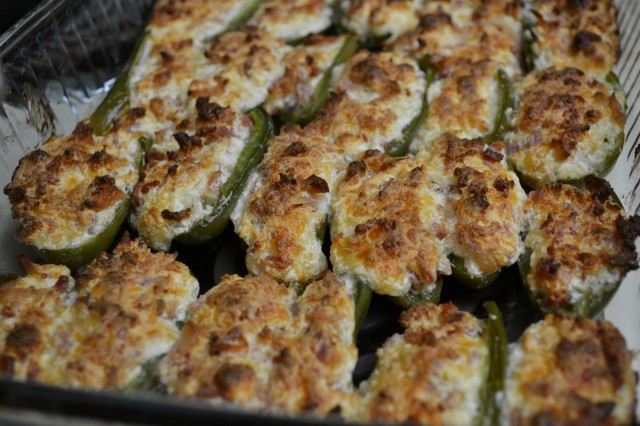 Here you can see them finished, they didn’t last long, they even tasted great cold the next day.